German photographer André Luetzen travelled to three cities – Kochi, Arkhangelsk in North-West Russia and Khartoum in Sudan – to show the impact of the climate on the people 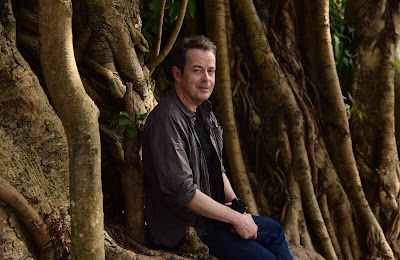 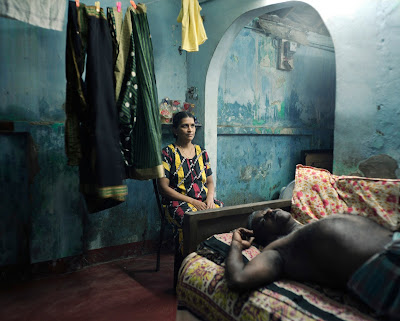 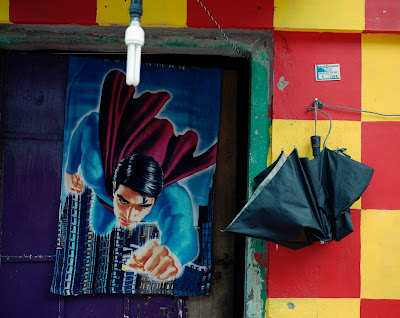 When German photographer André Luetzen saw a man on the street at Fort Kochi, a desire arose in him to take a picture. He approached him asking permission but the man shook his head sideways. So André walked away. But the man called him back. And the photo was taken. “I did not know that when people shook their heads sideways, it is a yes,” he says. “In Germany, it means a no. So, that was interesting.”

André was in Kochi recently for the inauguration of his exhibition, 'Living Climate: A Tale of Three Cities' at the Uru Gallery at Mattancherry (it concludes on February 28). It is an exhibition of photographs which focuses on three cities with very different weather conditions: Kochi, Arkhangelsk in North-West Russia and Khartoum in Sudan.

Around a couple of years ago, André had come to Kochi to take photos during the monsoon. And it turned out to be a surprise for him. “I had expected it to rain for days together,” he says. “But, usually, it rained an hour, followed by a gap of several hours, before it rained again. The locals told me that the weather had changed.”

Interestingly, André focused not only on the street but inside homes too. One day, he knocked on a door. A middle-aged woman opened it. Through his translator, Andre asked whether he could come in. She agreed. As soon as he entered André noticed a grey-haired man lying bare-bodied on a wooden bed. He got up. But André asked him to lie down. And he took a shot where the woman is sitting on a chair behind the man. It perfectly captures the narrow room and the damp walls, and the lack of space is shown by two sarees and a blouse hanging from a clothesline going right across the room.

In Kochi, when it is not raining, it can get oppressively humid. And in another photo, André has shown a young, bare-bodied boy lying on a bed, in deep sleep, near an open window, with a table fan placed right on the edge of the bed, so that he can get the best breeze. There are also shots of waterlogged rooms, a Superman poster juxtaposed next to a black umbrella, which is hanging on a nail on the wall; a young woman leaning despondently against a wet wall, and a wooded area, which has small pools of water. The leaves on the trees are a shimmering green thanks to the rain, while the ground is covered with twigs and branches, all fallen because of fierce winds during a storm.

When André arrived in Arkhangelsk (northern Russia) in March, 2013, the cold knocked him out. “It was minus 20 degrees,” he says. “The winter lasts five months. It is very difficult to move outside. So, the people spend a lot of time indoors. So I took shots of interiors. But I also needed pictures from the outside to show what winter is like in a small Russian city.”

Not surprisingly, there is a shot, taken at dawn or twilight, of a man standing on a wooden bridge and right under it and all over the landscape are thick snow and ice. At a distance, a street light emits a bit of light. There are shots of bare trees with no leaves on them, and small patches of water next to areas of snow outside buildings.

There is a photo of a bored-looking elderly couple, the woman lying down, her husband sitting next to her, on a worn-out sofa with a large carpet as a backdrop. In another photo, a middle-aged woman wearing a green apron with black leggings sits on a chair in a room and is relishing the sunlight that is streaming in through the window and lighting up her face.

Khartoum, the capital of Sudan, in complete contrast to Arkhangelsk, is one of the hottest places on the planet with temperatures reaching 50 degrees Centigrade. There is a shot of a man, in a white gown, wearing a black fez cap, who is walking beside a wall, which is half lit up because of the strong sunlight. There are shadows of two chimneys on it. And there are several interior shots which show that the houses, some with high ceilings, look cool, in contrast to the heat outside.

“In Khartoum initially, it was difficult to get access to houses and other private spaces,” says André. “But once the people accepted you, they were warm and friendly.”
What is most amazing about all the photographs in the exhibition is that they have been taken with an analog camera: a Mamiya 711. “You have ten images on a film roll,” he says. “Working in analog needs more imagination than digital. Somehow, the photo is of a different quality. It seems to have more life.”

Finally, when asked about climate change, André says, “I am sure it is taking place. It has always been taking place for millions of years. But now, it is clear that we are the cause of it and it is speeding up. There could be a big disaster ahead.”

(The New Indian Express, Kochi, Thiruvananthapuram and Kozhikode)
at January 31, 2018