The Land As Inspiration 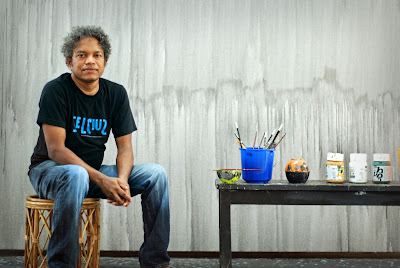 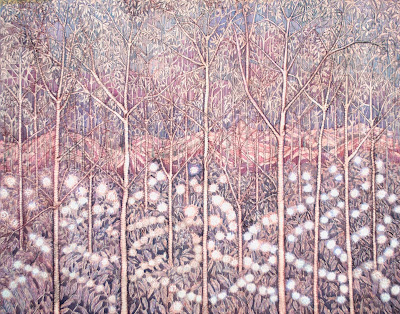 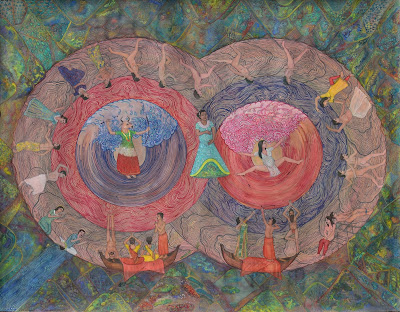 An exhibition in honour of the late artist Rajan Krishnan, who was skilled at landscapes, is taking place at the OED Gallery

In 2012, art impresario Dilip Narayan closed two of his galleries in Kochi and decided to open one in Mattancherry called the OED Gallery. It was not a good time. The global economy was slowing. Art prices were going down. But Dilip was not deterred.

And there was one artist who offered whole-hearted support. That was Rajan Krishnan. He was there before, during and after the opening of the exhibition. “Rajan looked at the gallery and said, 'This is like love in the time of cholera' [paraphrasing the book by the great Nobel Laureate author Gabriel Garcia Marquez],” says Dilip. “I never forgot that beautiful statement.”

By then Dilip had been representing Rajan for many years. “I liked his work which was land and space-related,” says Dilip. “He drew the hills, plants and paddy fields of Kerala with great skill.”

Unfortunately, Rajan, who had a masters in fine arts from MS University, Baroda, died on February 11, 2016, at Irinjalakuda at the age of 48. “It was a big loss for me,” says Dilip. “Rajan was an amazing human being; a perfect gentleman. I miss him.”

But now, an exhibition called 'Land Forms – A Tribute to a beloved friend and stellar artist Rajan Krishnan' is taking place at the OED Gallery (until February 10). The show has been curated by Kathleen Wyma, an expert on South Asian art, who works in the department of fine arts, University of Hongkong.

Pradeepkumar's work is a paper drawing of a rubber forest. He had seen these in the Kattapana and Palakkad areas. Beneath the trees, he has drawn white coffee flowers. “I am giving a hint of the colonial impact through the coffee image,” he says. “Many Britishers had come to Kerala and planted tea and coffee plants in our mountains in Munnar and other places.”

Pradeepkumar was a former classmate of Rajan at the Fine Arts College at Thiruvananthapuram. “Rajan was a friendly and helpful person,” says Pradeepkumar. “He would communicate very well. Many artists depended on him for help and support.”

Another artist who admired Rajan is Dipin Thilakan. “I love his landscapes,” he says. “It was his forte.”

Dipin's work, 'Bonds of Lineage' is an image of a landscape, which has two whorls in the centre. And inside them, there are three female representatives.
In the centre, there is a Mother Goddess. On the right, a girl is being raped. On the left, there is a Cow Goddess. “These are the three major figures of femininity,” says Dibin. It is done in the gouache style, a type of opaque watermedia, which originated in France.

As for Ranjith Raman he will not forget Rajan easily. After his graduation from the Fine Arts College in Thiruvananthapuram, he had gone to work at the Kanoria Centre for the Arts in Ahmedabad. “This was a period of struggle for me,” he says. “I was searching for my identity.”

Then on a mini-break, he had gone to Thiruvananthapuram where he met Rajan. “We started talking and when I told Rajan I was depressed, he immediately studied my palm,” says Ranjith. “I did not know that he knew palmistry. He told me many positive things and it brought a lot of mental relief for me.”

Ranjith is an admirer of Rajan's works. “Rajan's painting skills were of a very high standard,” he says. “I always enjoyed his landscapes. Even the ones at the exhibition which show the side of a railway track and one of thick foliage are very impressive.”

As for Ranjith, he has put up twelve small art works. Ranjith has used layers of fabric, different kinds of embroidery and hand stitches. “They are all semi-abstract landscapes,” he says.

Another artist who uses an abstract style is Sujith SN, who is also an admirer of the late artist. “Rajan was an amazing artist,” he says. “I was very close to him, even though he was my senior in college. Rajan invited me to take part in a show that he curated. We have been together in art camps. He was a simple and humble man who encouraged young artists. His death is a big loss.”

(The New Indian Express, Kochi, Thiruvananthapuram and Kozhikode)
at January 20, 2018