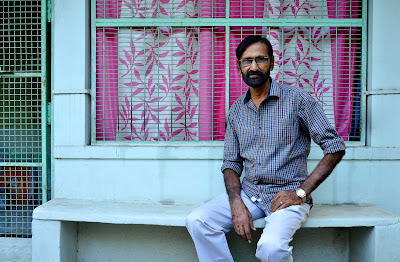 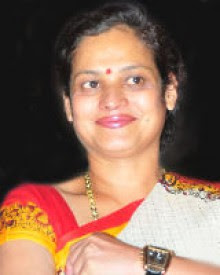 For the film, 'Mandanmar Londonil' (1983), stills photographer MK Mohanan (Momi) made his first trip to London. The crew sailed through immigration but it was only when they waited outside, they realised that director Sathyan Anthikad and cinematographer Anandakuttan had not come out.

After a while, they came to know the reason. “On their passport, Sathyan was described as a director and Anandakuttan as a cameraman,” says Momi. “At that time most of the directors in England were middle-aged or senior people, so they could not believe that Sathyan, at just 28 years of age, was a director.”

Eventually, the London-based producer Mohan had to go to his home, get the official letterheads of his film company and was able to prove that Sathyan and Anandakuttan were indeed director and cameraman respectively.

In 'Kinnaram' (1983), there was a scene between Unni (Nedumudi Venu) and Sethu (Sukumaran), who are two bachelor friends staying together in Chennai. While Sukumaram wanted to sleep, Venu wanted to read. So they kept switching on and off the lights, in turns.

“As I was watching this scene, it looked familiar,” says Momi. “Sathyan and I would sleep together when we were youngsters and while he wanted to read, I wanted to sleep. So, I would switch off the light and he would put it on. He took the inspiration from our lives.”

There were many such incidents which Sathyan had put in ‘Kinnaram’. So, one day Momi told him, “Sathyan if the film does well, you have to share the profits with me, because you have lifted it straight from our lives and making money out of it.”
Sathyan laughed aloud.

But working in 'Revathikkoru Pavakkutty' (1986) was no laughing matter for Momi. The song, ‘Chinnakkutti Chellakkutti Thankakkatti’ was being shot at a lake in Cherthala. After taking some stills, Momi hired a small boat and moved away, to get a long distance shot.

Momi had three cameras around his neck – a Mamiya, Canon, and a Rolleiflex. But on the small boat, Momi was finding it difficult to retain his balance. And the inevitable happened. The boat toppled over and Momi fell into the water. But since Momi knew swimming he did not panic. But he immediately raised the three cameras out of the water.

“Sathyan later told me later that he first saw the three cameras coming out of the water, followed by my head,” says Momi. “He said he would never forget that image.”

Unfortunately, there was significant damage. The Rolleiflex priced at Rs 5000, and the Mamiya at Rs 6000 could not be repaired. “It was a financial blow for me,” says Momi.

In the film, 'Lal Americayil' (1989), it was the turn of dancer Disco Shanti to have problems with the water. There was a scene in a swimming pool. Shanti was supposed to dive into the pool from a diving board. Momi stepped into the pool to watch Shanti jump.

And jump she did. But after that, she did not come up to the surface. Momi immediately swam to where she was lying immobile at the bottom. He managed to pull her up to the surface, where crew members dragged her to out of the pool and revived her.

“I had drunk a lot of water, but I was so glad I could save her life,” says Momi. Soon, they came to know that Shanti did not know swimming. Earlier, when she had been informed that it was a movie where swimming would be required, she kept quiet in order to get the role.

Recovering from a trauma

The shoot for the film 'Veendum Chila Veettukaryangal' (1999) was taking place at Ottapalam soon after the death of director Bharathan, on July 30, 1998. Bharathan's wife KPAC Lalitha had a major role. But nobody was sure whether she would be able to perform.

The shoot was of a scene between her and Nedumudi Venu. “In real life, Bharathan and Lalitha were very close to Venu and his family,” says Momi. “Following Bharathan's passing, Lalitha had not seen Venu.”

But when Lalitha met Venu, she lost control and began crying. And she did not stop for a long time. Venu tried to console her but to no avail. “The shoot was cancelled,” says Momi. “But after a couple of days, Lalitha managed to regain her composure and resumed work.”