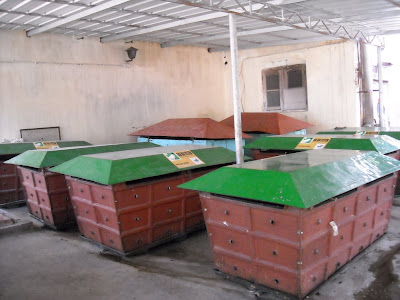 The General Hospital in Kochi has won the coveted certificate for quality care from the National Accreditation Board For Hospital and Healthcare Providers. Now, there is a remarkable improvement in the quality of service provided by doctors and staff

On a recent Saturday morning, Dr. M.I. Junaid Rahman has a tired, but happy look on his face. On the previous night, the superintendent of the General Hospital at Kochi had flown in from Delhi. There, Rahman received the highly-prized certificate from the National Accreditation Board For Hospital and Healthcare Providers (NABH) for providing quality care and patient safety in the hospital.

“The announcer said, 'This is a miracle,'” says Rahman. “This is the first time in India that a large government hospital (783 beds) is getting the certificate.” It was not easy to get this certificate. Says Dr Girdhar J. Gyani, the CEO of NABH: “There were 64 parameters which the hospital had to achieve.”

Two years ago, when the Health Minister P.K. Sreemathy asked the hospital to try for the NABH accreditation, Rahman took it as a challenge.

On an initial inspection the NABH officials found that the wards were overcrowded. Rahman immediately took action. Thanks to a government grant of Rs 2 crore a second floor was built and 25,000 sq. ft. of additional space was secured.

Immediately, the wards became spacious. On the second floor, there is a male and female surgery ward, apart from an orthopaedics section, employee sick rooms, a conference room and a store room.

But the main task for the hospital authorities was to change the mind-set of the employees. “Initially, only a few people showed interest,” says Dr. V.P. Leena, Senior Consultant in the Paediatrics department. “Most felt that the hurdles were too high to surmount.”

But Rahman did not give up. Regular training sessions were conducted. Slowly, the attitudes began to change. The relationship between the doctor and the patient, which had been casual earlier, deepened, when doctors had to write a detailed summary for the first time. “As a result, doctors became more responsible,” says Rahman. “If there was a wrong diagnosis, it could be held against them.”

Other changes included fixed visiting hours and only one bystander per patient. “This reduced the crowd at the hospital,” says Rahman. But what was most impressive was the waste disposal system. In the surgery wards, there are coloured buckets for waste disposal. A green bucket is for waste products like plates and bottles. In a red bucket, catheters, urine and blood bags are collected, while in a yellow bucket, organs and placenta are stored.

The bio-medical waste is taken daily by Indian Medical Association Goes Eco-Friendly (IMAGE). “The waste food is recycled, through a bio-gas plant in the campus, as well as treatment in special garbage bins with chemicals,” says K. Marykutty, housekeeping supervisor, as she pointed out the bins. The 12 bins have been sponsored by the Cochin Shipyard at a cost of Rs 8 lakh.

All this has had an impact on patients. Businessman T.M. Gopi, 47, who had an operation to remove his piles, says, “There is a sea-change in attitude on the part of doctors and nurses. The service is excellent. This is my third stay at the hospital. I am very happy.”

The hospital authorities are also happy. The number of out-patients has gone up from 1100 to 1500 per day. Says P.K. Nafisa, Head Nurse, in charge of casualty: “We have a lot of positive energy now. But the challenge will be to maintain the high standards.”