The bliss that was Munnar 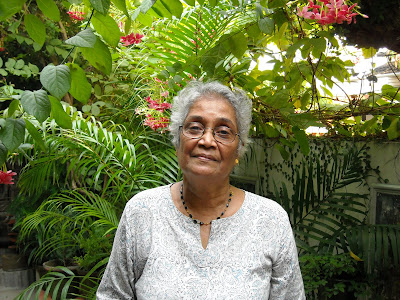 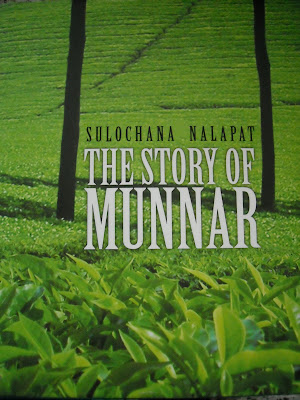 Photos: Sulochana Nalapat; the cover of the book

One night, many years ago, after dinner with friends at a bungalow in a tea estate in Munnar, author Sulochana Nalapat and her husband Unni Krishnan Nair drove out with the fog lights on. “The mist lay heavy on the tea bushes and the road ahead,” she says, “All that could be seen was the yellow cone of the headlights in front of us.”

Suddenly, an elephant materialised in the darkness. The animal stood 10 feet away and was trying to assess whether the couple in the car was a threat or not. “I was terrified,” says Sulochana. “I closed my eyes and prayed to Lord Ganapathy.” The quick-thinking Unni quickly reversed the car and sped back to the bungalow.

This incident was recounted in the coffee-table book, ‘The Story of Munnar’, published by DC Books recently. It is a 144 page book which describes the history of the tea plantations in the last 130 years and it is also a personal memoir, where Sulochana relives her life as the wife of a plantation manager for 27 years in various estates in and around Munnar.

The trigger for the book was the razing of resorts and the destruction of tea bushes in May, 2007 by the state government, over charges of encroachment of land. It pained Sulochana when she read in the newspaper that Tata Tea, for whom she has worked for over a decade, had encroached on 50,000 acres.

“I cannot imagine that Tata Tea would do something like that,” she says. “It was a baseless charge.” And so Sulochana, the sister of author Kamala Das, decided to write about all that she knew about Munnar.

To get details about the history she was helped by diaries left behind by Britishers who had come to the Idukki district in the late 1880s. One was by a woman called Violet Martin, who arrived in Munnar in 1890, and described, on a daily basis, the transformation of the Kanan Devan hills.

Then there were the reminiscences of old Vadivu Muththassy who lived in Sevenmallay Estate. “Whenever I asked her age, she would say she is 100 years old,” says Sulochana, with a laugh. But Vadivu remembers being perched on her father’s shoulders when she was three years old, as the family trudged 80 kilometres from Udumalpet in Tamil Nadu, and finally settling down in Munnar.

Asked to describe the Munnar of those times, Sulochana says, “It was heaven. There was so much of greenery. Nature was so pure. But we were quite isolated. The nearest estate was four kilometers away.”

The weather was always cool and pleasant. “There were no fans in the bungalows,” says Sulochana. “When we went home to Calicut during the holidays my children would go around switching on the fans. It was such a novelty for them.”

Of course, thanks to global warming, there are fans in the bungalows now. “Munnar has become too commercialised,” she says. “It has become dirty and crowded. The life as I knew it is gone forever.”

But Sulochana is busy with the welfare activities in the area conducted by Tata Tea. “They have a unique concept called the welfare audit,” she says. “My job is to assess the welfare or the quality of life of the workers and their families.”

Out of 100 points, 55 points are given for measurable indices like birth and death rates, and the number of infant deaths. For the remaining 45 marks, Sulochana has to physically go and inspect hospitals and water sources.

“I have to see whether the water is being chlorinated properly, and whether the certificate of purity has been obtained from a lab in Kakkanad,” she says.

Interestingly, the annual bonuses of managers depend on whether they have met all the welfare parameters, apart from the usual performance review. “As a result, managers are always on their toes,” she says. “Tata Tea is the only company which has implemented this.”

Overall, this is a must-read book for lovers of the hill station. As publisher Ravi Deecee puts it, “Journal entries and historical facts are nimbly woven together with Sulochana’s memories and sharp observations. This curious yet charming blend remains etched in the reader’s mind.”