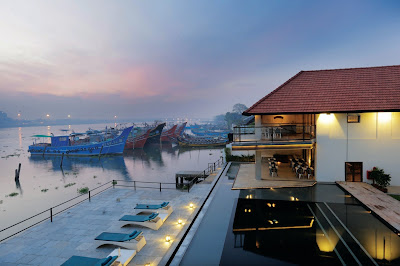 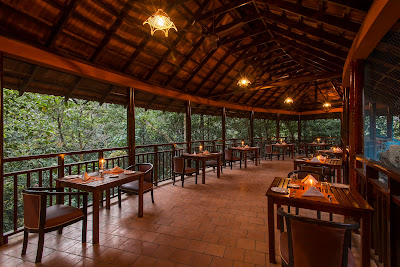 Architect Tony Joseph was recently selected to be in the top 50 of the most influential architects in the Indian sub-continent. He talks about his career 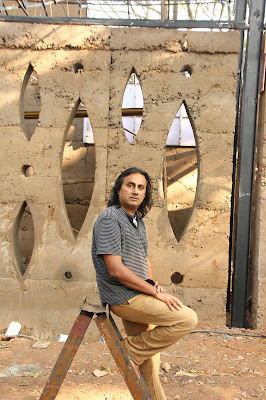 Architect Tony Joseph is dressed in a laid-back manner: a loose black shirt, black jeans and shoes. But the award he received at the Grand Hyatt, Mumbai, on March 31, was anything but laid-back. Tony received a prize for being among the top 50 most influential architects and designers in India, Pakistan, Bangladesh and Sri Lanka.

A week earlier, Tony's firm 'Stapati' had also won a national award for excellence in hospitality and recreation by the Indian Institute of Architects for their work on the Xandari Harbour hotel in Mattancherry.

At the old town of Mattancherry, with its run-down godowns and narrow streets, Xandari fits in seamlessly. This is, no doubt, helped by the unobtrusive entrance. It is a large wooden door, which had belonged to one of the traditional houses of yore.
“We wanted to retain the colonial fabric of the area,” says Tony. “However, we did not want a project that was all about restoration. We wanted to use the materials of today, like steel and glass.”

So, in the large restaurant, which is actually a converted warehouse, a lot of steel and glass has indeed been used. “We used bigger spans, so that the view of the harbour could be wide and clear,” he says.

The Xandari Harbour is one of the numerous projects that Stapati has done. The others include the still-famous Kumarakom Lake Resort, Rainforest At Athirapally, Vythiri Resort, Wayanad, Brunton Boatyard at Fort Kochi, the Enchanted Island Resort in the Seychelles, and many others. Thus far, the firm has executed more than 200 projects in India, the UAE, and the Seychelles.

And he has some ardent fans. Says leading international architect Christopher C. Benninger, “Stapati's creations are spiritual precincts, not mere locations or destinations. They are catalysts for self-discovery, not canned products like a 'five-star hotel'. Each design derives itself from its natural context. Each retreat is inspired by its organic setting, from which it emerges from the earth.”

The popular Vythiri resort also seems to have emerged from the earth. “Since it was a forest setting, we used the local mud, earth blocks, wooden roofs and tiles,” says Tony. “In all my projects, we try to have as much of the area as non air-conditioned. In Vythiri, there is no air-conditioning at all.”

Meanwhile, when asked about the meaning of Stapati, Tony says, “It is a Sanskrit word which means master craftsman or architect.”

Stapati was set up in 1989, and today, there are offices in Kochi, Bengaluru, Chennai, and Kozhikode. A few years ago, Tony made a change in his business model. He opted to have partners and associates. “If the firm gets larger, it is difficult to give individual attention to clients,” says Tony. “But if you give ownership to others, we can retain that. That is why I opted for partnerships.”

However, this happens rarely. “Usually, the business is passed by the owner to the next generation,” says Tony. “But what happens is that the firms tends to die out. So I changed it, in order to remain successful.”

Asked about the qualities needed to be a successful architect, Tony says, “You need to have passion for your work. Talent contributes 25 per cent, the rest is sheer hard work. You also need interpersonal skills – the ability to understand and get along with people.”

Finally, regarding global trends in architecture, Tony says, “There is an urgent need for sustainable and environment-friendly architecture. The resources of the planet are finite. If you destroy the environment, nothing will be left.”

(The New Indian Express, Kochi, Thiruvananthapuram and Kozhikode)
at April 12, 2017