The World Is Beckoning 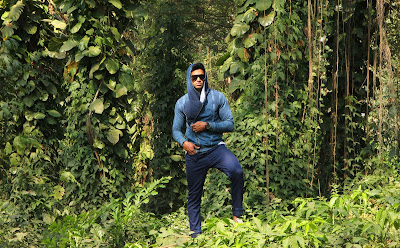 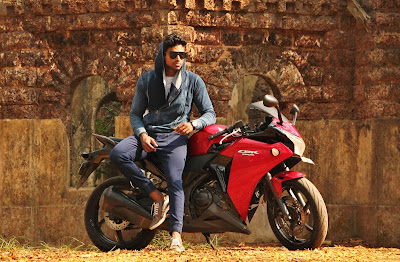 Vishnu Raj S Menon, the first Malayali to win the Mr India title, is gearing up to make a mark in the Mr. World contest

Moments before the winner of the Mr India 2016 contest was announced by Bollywood superstar Hrithik Roshan, at Mumbai, on November 23, Vishnu Raj S Menon, who was standing in the last row, of the 16 participants, closed his eyes and prayed fervently to his favourite god: Lord Vishnu. And then the magic happened. “Vishnu Raj” said Hrithik. And a stunned Vishnu made his way to the front.

“The first thought that came to my mind was that now I had to represent India at the Mr. World competition,” says Vishnu, who became the first Malayali to win the coveted title. And when Vishnu shook Hrithik's hand, the latter said, “I can see, in your eyes, the hard work that you have put in. You deserve the win.”

It was a fairy tale for Vishnu. Because just three years ago, Vishnu met with a bike accident in Thrissur. His thigh bone was dislocated and Vishnu was not able to walk for three months. “In the end, I was bed-ridden for six months,” he says. At that time,Vishnu was doing his first-year civil engineering course from the M.V. J. College of Engineering at Bengaluru. Anyway, once Vishnu recovered, he returned to his college.

Vishnu's turning point came when he took part in the 'Models Unlimited' contest in Bengaluru in October, last year, and came under the guidance of Prasad Bidapa, the well-known fashion stylist and choreographer. “Prasad Sir taught me the basics of how to walk on the ramp, look good and radiate confidence,” says Vishnu. “He also spoke about the importance of mental strength.”

For the Mr. India contest, Vishnu lifted weights, and did endurance running. He was also on a strict diet, where he ate mostly egg whites and drank green tea. As a result, the 6' tall Vishnu weighed 82 kgs, and displayed rippling chest and thigh muscles, apart from a six-pack.

In the 'Mr. Active' round, Vishnu did 50 push-ups, sit-ups, and burpees each, ran 20 laps of a 400 m track, carried a 40 kgs sandbag on his shoulders and pushed a large tyre for 100 metres. In the end Vishnu came in the top six. But in the photogenic round, Vishnu emerged in the first place.

But all that is in the past. Now Vishnu is training hard for the biennial Mr. World title, which will take place at London, in July, 2018. For that he has already received words of advice from Rohit Khandelwal, the reigning Mr. World. “At present, I am doing a lot of cardiovascular training, apart from lifting weights,” says Vishnu. He is also taking personality development courses, dance as well as acting classes.

Contestants from more than 40 countries will take part. “With self-confidence, hard work and a strong will, I think I can win Mr. World,” says Vishnu, who will be the first Malayali to take part in this international pageant.