The agony and joy of creation 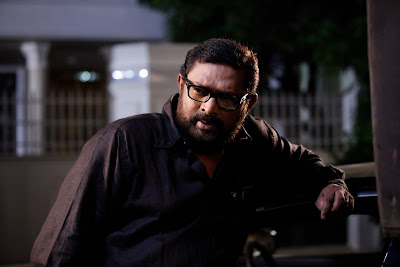 In February, I met Mammooty and we decided to work together. We spoke about several possible story ideas and we decided on one. I started writing the screenplay on March 20. The film is called ‘Kobra’. It is the story of two friends who are as close as brothers. Kobra is a short form of Kottayam Brothers. It is a study of power and humour.

For one month, I worked hard to write the first draft. During this time, I fell sick once. This happened when I became stuck during the writing and was unable to move forward. I became restless. I would be sitting in the living room at my home in Kochi. Then I would suddenly get up and go outside to the garden. Then I went to the kitchen to talk to my wife. I could sense a fever rising up in me. My breath was hot. I felt tired.

I knew that only my unconscious would help me in this situation. So, just before I drifted off to sleep one night, I thought about some of the nagging problems in the script. When I awakened the next morning, the solutions had presented themselves. The ever-reliable subconscious mind had done the work for me.

When I read the screenplay by myself, I feel it was a great one. But the moment I read it aloud in front of others -- my associates, friends, and relatives -- I knew instinctively where the weak parts were. I could see it from the facial expressions and the body language of the people who were listening. But when I asked them whether they were bored or if the pace was flagging, they would reply immediately, “It is fine. It sounds good.” They thought that since I have directed so many hits, they should not judge my work at all. They felt I would know how to make a successful film.

The shooting will start in the first week of September. So I will have to finish the screenplay by August 31. I am sure I will be carrying on making changes till the last day.

As I work on the script, I am also organising the sound recordings, scouting for locations, thinking and planning about the costumes, having crew meetings, and getting the lyrics written.

Very soon, I will be meeting Mammooty to read out the screenplay to him. I am sure he will suggest some changes. Then we will decide on who will play the various roles.

There is always a fear of failure inside me. It is this fear that motivates me to work hard. We must never take the audience for granted. You must put in 120 per cent. Only then will the viewers appreciate the film.

(Lal, one of Kerala's most successful directors, had several hits like 'Ramji Rao Speaking', 'In Harihar Nagar', 'Godfather' and 'Vietnam Colony', when he teamed up with Sidique. On his own, he had hits like '2 Harihar Nagar' and 'In Ghost House Inn'. )