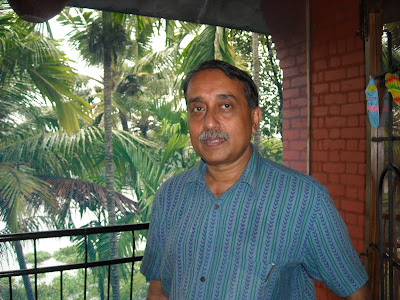 In the town of Virudhu Nagar, 40 kms from Madurai, the people have adopted a practice called Thalaikoothal. An elderly person is given an oil bath. Thereafter, he or she has to drink several glasses of coconut water. At night, they are forced to sleep outside in the open. Some suffer from thermal shock. Within a day or two, the person is dead.

“This is the method by which the people, in a few communities, in Virudhu Nagar get rid of their old parents,” says Mathew Cherian, the CEO of Helpage India. The District Collector was informed. Thereafter, the State Government has constituted a committee to enquire into the practice, which has been going on for decades.

For Cherian, this is no surprise. Helpage recently completed a survey, ‘Elder Abuse and Crime in India’ where they surveyed the lives of elderly people in nine cities: Delhi, Mumbai, Ahmedabad, Kolkata, Bhopal, Chennai, Patna, Hyderabad and Bangalore. Some conclusions: among the poor, verbal abuse is the most common form of harassment, while for the upper classes, it was neglect. “The abuse goes up after a person crosses 70 years of age,” says Mathew.

Among the higher classes, property issues were the most common reason for friction between parents and children. “In earlier times, children waited for the parents to die, before inheriting the property,” he says. “Now they want it earlier. I would put the haste to the rampant materialism in the middle classes.”

There are cases of parents who were unwilling to sign away their property, and the children have retaliated by locking the couple up, and beating them. “There is an elderly couple in New Delhi who has spent many years in the balcony of their house because of ill-treatment by their son,” says Mathew. “There is a widespread decline of moral values.”

Surprisingly, 98 per cent of the parents did not file any complaint against the abuse. “There are various reasons for this,” says Mathew. “One is that the parents do not want to go against the children. Secondly, it would spoil the family name. So they absorb the humiliation in silence.”

On the rare times when they have complained, the police have been indifferent. “For them, this is a matter of low priority,” says Mathew. Also, unscrupulous policemen inform hoodlums who then rob the house of these vulnerable people.

The biggest problem facing the elderly, especially the poor, is the low pension given by the central government. “It is a paltry Rs 200 a month for those below the poverty line, and reaches only 1.6 million people,” says Mathew.

Last month, the Chief Minister of Tamil Nadu, J. Jayalalithaa had increased it to Rs 1000. “This is more substantial,” he says. “The Kerala government has not made any announcements. Pension and provident fund money reach only 9 per cent of the population. The remaining 91 per cent do not have any statutory benefits.”

Apart from economic problems, old people suffer from loneliness. “The children are frequently living in other cities or are abroad,” says Mathew. “There is no support system. Some people call a helpline, just to hear a human voice.”

Helpage encourages schoolchildren to meet elderly people in their homes. “You can visit them in your own street,” says Mathew. Meanwhile, the scenario in Kerala is also bleak. “Increasingly, children are treating their parents with a lack of respect,” he says. “Verbal and emotional abuse has increased dramatically. The main cause is the breakdown of the joint family.”

However, in Kerala there are efforts to provide palliative care. But when people are terminally ill, they like to die with their relatives and friends near them. “Instead, the tendency of hospitals is to isolate them in the ICU,” says Mathew. “So death is not dignified at all. We are trying to set up an Indian protocol for elderly geriatric care.”

All those who are reading this should realize that one day they are also going to become old. “So treat your parents the way you want to be treated, when you become an elderly person,” says Mathew.