A great reporter has an untimely death 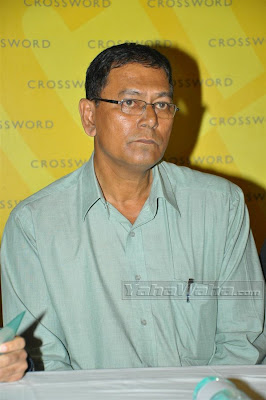 Ace crime reporter J. Dey was allegedly shot dead by underworld assailants in Mumbai. It has sent tremors of shock, outrage, and fear through the media community.

Dey was an authority of the crime world in Mumbai. He knew everything there was to know about the gangs. Who betrayed whom? Who had become friends once again? What was Dawood Ibrahim's future plans? What was Chhotta Rajan doing? Was Arun Gawli finished? He knew the cops who were compromised. He knew the law enforcers who were honest. Any conversation with him was a scintillating one, as he had so many interesting stories to tell – the dirt under the glitter of most of the prominent people in the city.

Dey was over 6' tall. His height was the first thing that one noticed about him. He was working in the Hindustan Times, Mumbai.

The inaugural edition, on July 14, 2005, began with a bang, with the telephonic transcripts of actor Salman Khan raging against Aishwarya Rai, when their relationship was breaking up. Salman's voice was slurred, but menacing at the same time, while Aishwarya sounded scared and frantic. It was an exclusive scoop by Dey.

One day, he said, “I am writing a book on the underworld. Rupa Publishers have been after me to do one. I am finding it difficult to get the time.”

Of course, Dey would find it difficult to find the time. Because, like a dedicated reporter, he was always scouring for news. He was constantly meeting up with criminals, pimps, sidekicks, and law enforcement people.

He was always having tea and vada pav in some restaurant or the other, trying to glean the latest information. And nearly every day, there would be a by-lined article by him on some aspect of crime or the other. It was no wonder he was called the father of crime reporting in Mumbai. Later, he moved from The Hindustan Times and joined MidDay as their crime editor when he was killed.

Incidentally, the book on crime did get written. It was called, 'Zero Dial: The Dangerous World of Informers' and is considered as a Bible on the underworld.

J. Dey, one of the great crime reporters. Rest in peace.