The dark side of student life 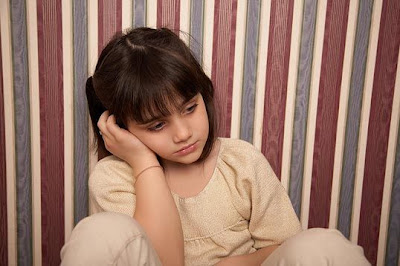 Many children suffer from depression. Unfortunately, most parents and teachers are not aware of this. Timely treatment can ensure proper healing

Lakshmi (name changed) was a bright student. She regularly got the first rank in the exams in Class 5. One day, she had a headache and fever. For a few days, she could not go to school. When she returned, the teacher said, “Why were you absent? You missed some important chapters.” That casual remark had a devastating effect on Lakshmi.

For many days she complained of a headache and did not want to go to school. “The teacher will scold me,” she repeatedly told her parents. Lakshmi missed school for days together. Soon, weeks went past.

The desperate parents took her to psychologist Dr. Prakash Chandran. After regular counselling, Lakshmi returned to school and sat for her exams. She did well. Then the summer holidays came up. There was a gap of two months. “When school re-opened, she did not want to go back,” says Prakash. “No amount of persuasion could change her mind.”

In her family, an elder sister, who is studying in a degree course, has no problems.
“Lakshmi’s illness may be due to a chemical change in the brain,” says Prakash. “I don't think the parents can be blamed.” Unfortunately, for the past three years, Lakshmi is being tutored at home. The good news is that she is doing well in her exams, but going to school still holds terrors for her.

Not many people know that children, like Lakshmi, are suffering from depression. There are various causes for this. In kindergarten a child suffers from a separation anxiety. They are being moved physically from their parents and siblings and taken to a strange environment. So, the child becomes depressed.

Another cause is when a second child is born. “The parents show more love and affection to the baby,” says Prakash. “This affects the elder child.”

Thirdly, unknowingly, parents create a fear psychosis about school. “Sometimes, parents will tell their children that they can get away with all the mischief they do at home, but in school, the teacher is bound to scold them. So, children develop an anxiety about going to school.”

Stress can also cause depression. If class work is beyond the capability of the child, he or she can become depressed. “Parents in Kerala put too much pressure on children to do well in their studies,” says Prakash. “There are fathers and mothers who start teaching the syllabus of the next year before the summer holidays have finished.”

Since children are unable to verbally express their depression, they take it out through various actions. They will destroy toys or eat paper, pencil ends, erasers, or suck their thumbs. “They might suffer from psychosomatic illnesses like head and stomach aches, vomiting and fever,” says Prakash.

Unfortunately, parents and teachers are unaware of the mental fragility of the child. Teachers usually describe unruly behaviour as naughtiness.

“Ninety per cent of the parents as well as teachers have no idea that a child can suffer from depression,” says Prakash. “It can begin at the age of three. But depression is a disease and can be cured, provided the child receives timely counselling and treatment."