Giving blood for a good cause 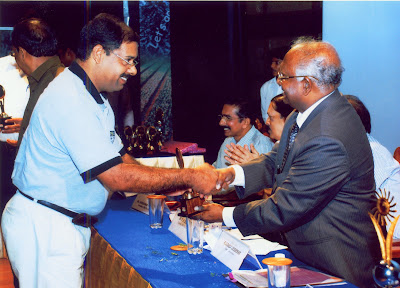 One day, in 1980, Venkata Subramanian who works in the State Bank of Travancore, went to the Fort Kochi government hospital to consult a physician Dr. Rao. While there, he noticed a 75-year old man who needed blood. “His wife was crying because they could not find anybody to donate blood,” says Venkata. So the banker offered to give his blood, but he was O negative, while the patient needed B positive.

However, a few days later, Dr. Rao called him and asked whether he would be interested in being a donor. “Somebody needed O negative,” he says. And that was how Venkata started donating. Till now, for 31 years, after every three months Venkata donates blood.

He was recently transferred to Palakkad. “But whenever there is a need, I come to Kochi and give blood,” he says. Usually, each time 300 ml of blood is taken. After that, there has to be a gap of three months, so that the shortfall can be regained. Venkata says that it is a myth that you feel weak after giving blood. “I always feel fine,” he says. And the blood donated is just 1/20 of the body's total capacity of six litres.

Asked why he does this, Venkata says, “When a person can contribute without any loss to oneself and at the same time save the lives of others, what is wrong with that?”

On February 27, 2010, Roy James Kappan received a memento as well as an outstanding donor medal at a function organised by the IMA.

The citation read: 'We are pleased to inform you that the IMA Voluntary Blood Bank has decided to honour you for your dedicated efforts and for your enthusiasm to propagate the concept of voluntary blood donation. You have set an example which will be followed by many in the years to come.' Incidentally, this was the fifth time that Roy had received this medal.

Roy, 45, began donating blood in 1979. “When I came to know that my blood group, A negative, is rare I started giving my blood regularly,” he says.

Thus far, Roy has donated blood 47 times. Whenever he sees an advertisement on television or in a newspaper asking for blood, he goes at once. Once he went to the Lisie Hospital. There was a 22 year old college student, who was suffering from haemophilia -- the lack of clotting of the blood. “He had a cut and had lost a lot of blood,” says Roy. “I willingly gave my blood. The family was so grateful that they offered me money. But I refused. For me, it is a social service.”

Meanwhile, at the IMA blood bank, they distribute about 3000 units every month to 60 hospitals in and around Kochi. “There is always a shortfall,” says Dr Sachidananda Kamath, the president of the IMA Cochin branch and a trustee of the blood bank. “But we hold regular blood donation camps. Thanks to the media there is a widespread acceptance among the public about giving blood.”

Incidentally, the blood group, ‘O positive’, is the most in demand. “The majority of the population has this blood group,” says Kamath, The rare ones are A and B negative. When the blood is collected, thanks to advanced technology, it is divided into three components: red blood cells, plasma and platelets.

“If a person is anemic, we give red blood cells,” says Kamath. “For liver diseases, plasma is required, while for leukaemia or dengue fever, you need platelets. In essence, we can give one unit to three people.”

June 14 is World Blood Donor’s Day. “My appeal to the people is to donate blood,” says Kamath. “A life somewhere can be saved because of your generosity.”