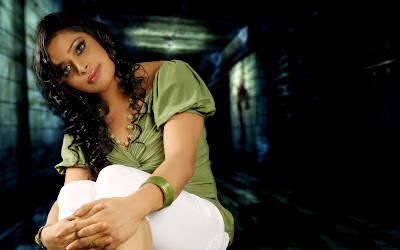 Jeemol Jaibin, a dentist, who won the Mrs. Kerala crown, is now the winner of the Mrs. India Worldwide title

In the Mrs. India Worldwide competition held at Faridabad, on September 10, Jeemol Jaibin, a dentist from Kochi, never lost her cool, despite training sessions lasting till 2 a.m. “Most of the other participants would complain about the late timings,” she says. “They would cry over the slightest of problems.” Around 30 marks were being given for good behaviour. “During the ten days we were there, the judges were watching us closely,” she says. And Jeemol took it all in her stride.

Nevertheless, the competition was stiff. Several had won titles in their respective states, and there were girls who had come from South Africa. In the contest, organised by Shree Shai Entertainment, there were several rounds: saree, gown, shorts, and bikini.

“The bikini round was the most difficult,” she says. “I had never worn one before. Most of the other women had the same problem, because they were also coming from conventional backgrounds.”

But Jeemol did well, thanks to a good performance on the catwalk, on high heels. “The secret of a good walk is that you should have poise and be able to carry yourself well,” she says.

Jeemol also scored in the pivotal question and answer session. Asked the definition of a complete woman, Jeemol said, “She has to hold her family together, no matter what, she has to be a good professional, and must have spiritual values, which she can pass on to her children.”

In the end, it was the total package that enabled her to win. “The judges, which included Bollywood actress Aditi Govitrikar, were looking for intelligence, confidence, a good posture, and verbal skills,” says Jeemol.

Jeemol, who is 5' 7” tall, comes across as sleek and confident. She does regular exercises, like skipping and lifting dumbbells, and avoids foods that are rich in carbohydrates, like rice, chappatis and sugar. As a result, she has no paunch. Asked how to keep the skin glowing, she says, simply, “Try to be happy all the time. A positive attitude makes all the difference.”

It has been a good year for Jeemol. In June, she won the Mrs Kerala crown at a beauty pageant organised in Kochi by Bodycraft Multi International Health Club. When she stood on stage after more than a decade away from the spotlight, she had a mixed feeling. “It was like going back to my college days when I took part in several beauty pageants,” she says. “I was thrilled, but I also felt a sense of regret that so many years had gone past.”

The last time she took part in a beauty pageant was when she was doing her Bachelor of Dental Surgery at the Vinayaka Missions University at Salem. She ended up winning the Miss Vinayaka title. This led to offers to do advertisements and take part in other contests which she did. But her parents, especially her father did not know about this.

Jeemol grew up in Kalady. Her father, a contractor, had a conservative attitude. “One day I asked my father whether I could learn dancing,” she says. “He told me that it is not meant for people who belong to a certain class. So you can imagine what would have happened if I asked about modelling, which is what I actually wanted to do. He did not allow me to mingle with the other girls in the locality. So I was living in a cage. I wanted to do so many things, but did not get the opportunity.”

At Vinayaka, Jeemol met and fell in love with Jaibin. They got married in 2000 and settled in Kochi, where they run a dental clinic. She has a daughter, Anna, who is a Cl;ass 6 student at Rajagiri Public School, Kalamaserry. The years went past, but her yearning to take part in beauty contests persisted inside her like a dull ache. When the Mrs. Kerala contest came up, she begged her husband to allow her to take part. It took a while before he finally gave his consent.

Says Jibin: “It was my duty to support her. I know that other Malayali husbands would have said no, but that attitude is slowly changing.”

Meanwhile, Jeemol's future plans include taking part in beauty pageants and setting up an aesthetic dental clinic. “I did a six-month course on the subject from the Eastman Dental Institute in London,” she says. “I want to be a good dentist and also follow my passion of being a model.”