An unsafe world for boys 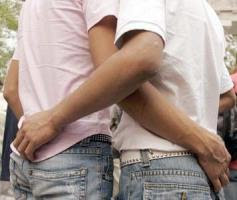 Many boys have homosexual experiences, most of the time against their will. As a result, their sexual orientation changes. Counselling can help resolve some of the problems

Regi Chacko was 16 years old when he was brought for counselling by his worried parents. He was throwing temper tantrums and fighting with his classmates. When psychologist Dr. Prakash Chandra spoke with him, the truth was uncovered. Regi was tormented by his sexual desire for males. And it all began when he slept next to his grandfather, Thomas, when he was six years old. The old man molested Regi.

“This carried on for six years,” says Prakash. “The grandfather told him to be silent. A traumatised Regi did not tell his parents.” When the boy became a teenager, he began having a sexual relationship with other males, especially older men. “Regi developed a homosexual attitude,” says Prakash. “He would get into a bus and push against another man. If the man did not respond, he would try with another passenger.”

Through counselling Prakash has tried hard to re-orient the boy's fantasies from boys to girls. “It took quite a while before Regi stopped thinking about men,” says the counsellor. Of course, it was another matter that Regi's mother, whose father had done the damage, was profoundly shocked and hurt. But by the time the revelations came out, the old man had died.

Soman Chandrasekhar, 18, is from Allapuzha. When he was a child he was seduced by the car driver. When he became a teenager, he would bring young boys home and molest them. “When too many boys kept coming to the house, the parents got suspicious,” says Prakash. “During counselling, Soman confessed that he had homosexual tendencies. Sometimes, their mental conditioning can be changed, but there are many boys who become life-long homosexuals.”

ARSH psychologist Divya Ajay says that older schoolchildren take younger boys, who are eight or nine years old, to an isolated area and force them to do oral sex. “Most of the time, the youngsters are not aware of what is happening,” she says. “But they know that they are doing something wrong.”

There is an immediate fallout to this: the children’s studies get affected. “They start doing poorly at school,” she says. “In counselling I explain to them what is right and wrong and how to resist when somebody is trying to make them do wrong.”

These are trying times. Parents have to be vigilant regarding their children. They need to take precautions. “If boys are allowed to sleep with other boys, be it their cousins or friends, there are chances of a homosexual experience,” says Prakash. “The elder boy might initiate the younger one. Sometimes, parents allow their boys to sleep with servants. That is a big mistake. Then they are allowed to sleep with elderly people. This is also an error.”

Children could sleep with the parents, but in these days of incest, that could be risky also. Says Divya: “Unfortunately, the home is not a safe place. I know of a man who molested his step-son.”

So, it seems the best way is for children to sleep alone. Parents should constantly monitor their children. “If there is any unusual behaviour like regular temper tantrums or poor results, the parents should intervene and try to find out what is wrong,” says Prakash. “The sooner you take the child to a counsellor, the better.”