“A True Leader should be Humble” 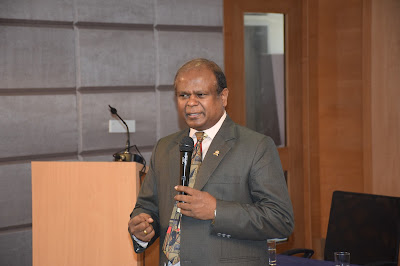 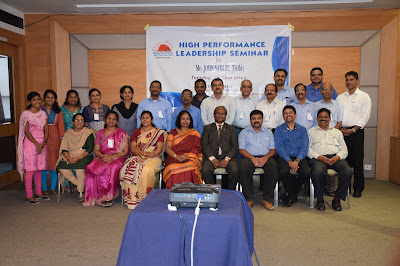 On June 25, 2013, Prime Minister Manmohan Singh and UPA Chairperson Sonia Gandhi were present at Srinagar to release a stamp on renowned Kashmiri poet Ghulam Ahmad Mehjoor. At that time, John Samuel was Chief Post Master General of Jammu and Kashmir.

When Samuel interacted with Sonia, he was taken aback by her humility. “At that time, Sonia was the most powerful woman in India,” says Samuel. “But you never got that impression when you spoke to her. What struck me was how simple and soft-spoken she was.”

The Delhi-based Samuel retired from the postal service in January this year and has embarked on a career to nurture leaders. He came to Kochi recently to give a one-day seminar called 'High Performance Leadership', organised by Ebenezer Holiday Pvt. Ltd.

“Leadership consists of two aspects,” says John. “There should be a high level of professionalism coupled with humility. Both should go together. That should be the aspiration.”

John says that it is very important for leaders to treat staff members as people first and employees second. “Employees are not just happy to get their salary,” he says. “You need to give them dignity and motivate them. You need to make them feel that they are an important part of the organisation. As a government officer, I may not be able to give them more money, but I can make them become responsible people who will be able to serve society well.”

Leadership is also about developing other leaders. “A Managing Director of a company should develop 10 or 20 leaders among the staff,” he says. “Most leaders feel that they will become a threat to his position. But that is not true. If he has fewer leaders, the chances of his company growing are substantially less.”

However, Samuel agrees that it is not easy to develop leaders, because most people shy away from leadership. “Leadership is hard work,” he says. “You are exposed. People can point fingers at you. So, you need to have courage, conviction and confidence. You should be able to say to the staff, 'I have difficulties, I may not be 100 per cent correct, but this is who I am'. But man's tendency is to be a sheep. If somebody else can take the responsibility most people are happy. They want to live a stress-free life without thinking too hard.”

Meanwhile, Samuel is equally aware of the poor quality of leadership in India today. “There are two types of leaders that you see,” he says. “There are leaders who have a passion to transform. And there are others who want to add to their personal wealth. Unfortunately, the majority of leaders are focused on the 'personal gains' approach. We need to change that.”

What is also needed is a changed perception of the bureaucracy in the eyes of the people. “When people interact with the bureaucracy, it is usually with staffers at the lower rungs, like clerks and peons,” he says. “Many have not received any training on how to deal with the public. So people have negative experiences. But in my long career in the bureaucracy, I have noticed that many leaders, at the helm of affairs, like a secretary to the government of India, are doing good work.”

He was particularly impressed with a leader like Gopalkrishna Gandhi, the former Governor of West Bengal. “He is a man of extraordinary vision, professionalism, and humility,” says Samuel, who met him when he was working in Assam. “The governor of Kashmir NN Vohra is also a remarkable man. He is trying to bring about a transformation of society, by bringing all the communities together.”

In fact, seminar participant Anu Abraham Donny remembers a particular incident that Samuel recounted where he was able to bring all the communities together. This happened in Jammu. Samuel wanted to open a post office and he was looking for a ground to have an opening ceremony. But he just could not find one. Eventually, a Muslim approached him and gave him the ground which belonged to a mosque. “The ceremony took place on a Friday,” says Anu. “This showed Samuel's influence on that one man and the community.”

For Anu the take-away from the seminar was a new concept of leadership. “It consisted of the twin qualities of compassion and faithfulness,” she says. “You should go the extra mile for a stranger or an employee. And you have to be truthful in everything you do.”

Incidentally not many will be aware that Samuel was the brains behind the Speed Post scheme which has been running successfully for years. He is the rare leader: one who practices what he preaches.

(The New Indian Express, Kochi and Thiruvananthapuram)
at June 17, 2015