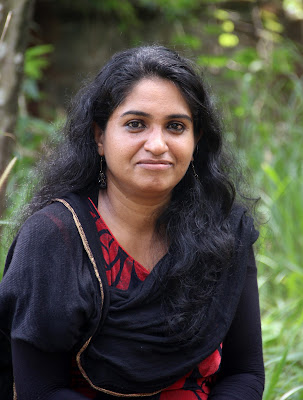 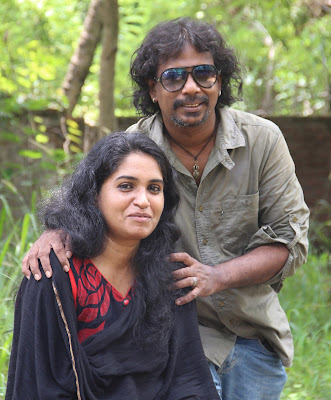 Harida talks about life with the ace guitarist Baiju Dharmajan

In July, 1991, when the ace guitarist Baiju Dharmajan was standing for elections as secretary for the arts club at the Sree Narayana College, at Maliankara, he approached Harida to get her vote. They were classmates, doing the same economics degree course, but this was the first time they were talking to each other.

For Baiju, it turned out to be a winning campaign. Later, when Harida and her friends wanted to take part in a dance competition at the Inter-College Youth Festival, it was Baiju and his friends who provided the music. And Harida and her group got the first prize.

One day, when they were sitting in the classroom, Baiju told Harida that he liked her. In fact, he wanted to marry her. But Harida felt nervous. Later, she felt that it was impossible. “I belong to a conservative Muslim family, while Baiju is a Hindu,” she says.

Anyway, the college closed for the summer vacation. A few days later, two classmates had a sudden registered marriage. Suddenly, a rumour was spread: Baiju and Harida, both of whom lived in the Vypeen Islands, were also planning something similar. Her parents came to know. They grounded Harida and prevented her from going to college.

One year went past.

Soon, marriage proposals began coming for Harida. Baiju came to know about this.

One day, a couple came to Harida's house. They introduced themselves as Eddie Mathews and Suma Nambiar. They were journalists of a national English magazine. They had come to interview a Muslim family. When Harida met them, she immediately realised that they belonged to her college. When her father, Abdul Salam, went to another room for a brief while, the 'reporters' gave her a letter.

It was from Baiju. The message was stark: she should leave the house, with a bag, at 1.30 a.m., on Friday, May 27, 1994. So, at the exact hour, Harida left the house, through the kitchen door, but not before leaving a note for her father, asking for forgiveness.

Baiju was waiting with a friend outside. They drove to the house of Baiju's friend Sydney at Kottayam. From there they went to a hotel in Thalayolaparambu. And finally, on May 28, the registered marriage took place at Kaduthuruthy.

Meanwhile, when her father got up in the morning, and saw the note, he informed his relatives. “I was told later that they set out in cars and searched far and wide, but could not find us,” says Harida.

Two days later when they returned to Baiju's house, there was a confrontation with Harida's relatives. But, eventually, the relatives had no option but to leave when it became clear that a registered marriage had taken place. Thereafter, the couple have lived in peace ever since. But Harida has paid a price. She has never been to her home in 21 years, although her parents live a few kilometres away. Nor has she seen or spoken to her brother and sister ever since.

Meanwhile, when asked to list her husband's plus points, Harida says, “Baiju is a very loving person. He is also very loyal. As soon as a performance is over, even when he is surrounded by fans, he will call me up. He will also call me just before the show starts. He is an open person and tells me everything. He can be very generous. When somebody needs help he will give money easily.”

His drawback is that, like most artistes, he is not a practical person. “Baiju does not handle the responsibilities of running a house,” says Harida. “That has been my job. He has always focused on the music. Yet, at the same time, he is a disciplined person. He does not drink or smoke. That is one reason why he has been so successful.”

There are other drawbacks, too. “We are both short-tempered, but we make up quickly,” says Harida. “Baiju gets angry over minor matters. It is not easy to be the wife of an artiste. In the early years, there were financial difficulties. But we have all learned to adjust. I don't think many women can handle the stress.”

However, whenever she gets the chance, Harida attends a performance by Baiju. The last one was in September, last year, at the Model Engineering College at Kochi. “I am always amazed when I see Baiju on stage,” she says. “He is a different person altogether. To me, he is a great artiste. After leaving the 'Motherjane' band, I believe he has become a better performer.”

Incidentally, the couple have two children. Daughter Ahana, 19, is doing her MBBS at Palakkad Government College, while Neha, 15, is in Class 10 at Lobelia Higher Secondary school at Nayarambalam.

When asked to give tips for a successful marriage, Harida says, “You should love each other. Nowadays, there is less love. That is why marriages are breaking up. Husband and wife should be sincere. Whenever problems arise in a marriage, there should always be communication between the two. A spouse should also learn to lose once in a while.”

(The New Indian Express, Kochi and Thiruvananthapuram)
at June 02, 2015