The Star of Their Publicity Campaigns 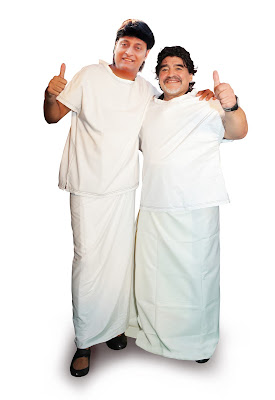 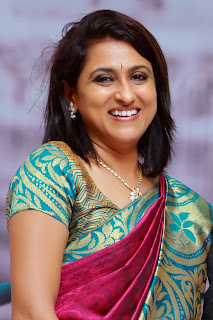 Many top business people in Kerala, like Boby Chemmanur, TS Pattabhiramam, Dr. M M Ramachandran and Beena Kannan, appear regularly in their print and visual media advertisements. They give their reasons for it

At 9 a.m., on the morning of October 24, 2012, businessman Boby Chemmanur felt extremely tense. He was at a suite of the Blue Nile Hotel in Kannur. Football legend Diego Maradona was sleeping. He had checked in late the previous night after a long flight. But the introduction of Maradona to the people of Kannur was to take place at the Municipal Stadium at 10 a.m. Despite repeated entreaties by Boby and the former footballer's manager, Maradona refused to get up. Instead, he threw a pillow in anger at Boby.

“He asked that the inaugural function be shifted to 4 p.m.,” says Boby. “It came as a shock to me.” Boby switched on the TV and showed Maradona the lakhs of people who were waiting for his arrival.

In the end, Maradona got ready, hugged and kissed Boby and went to the stadium. He danced, sang and did tricks with the football. The crowds were entranced and happy.

Thanks to this unprecedented event, Boby got priceless media coverage. “I have to admit that the sales went up,” he says. “It also led to the development of my business. My own image was projected all over.” Today, Boby's Chemmanur International Jewellers is a RS Iyer​ 2,000-crore group, with branches in Kerala, Tamil Nadu, Maharashtra, and in places like Dubai, Kuwait and Kuala Lumpur.

Later, Boby also did a well publicised 812-km run from Kasaragod to Thiruvananthapuram to spread the message of blood donation in March 2014. “Again it was well received,” he says. And Boby began appearing in his company's ads regularly.

Asked the reason why, he says, “I felt that I would be the best person to promote the brand, as compared to a brand ambassador. I realised that what I say about my products will be accepted by the people. With a brand ambassador the public will always have the feeling that they took money from the sponsor and hence they are promoting the product.”

There are others who are doing the same thing. They include TS Pattabhiramam of Kalyan Silks, Dr. M M Ramachandran of the Atlas Group and Beena Kannan of Seematti.

Whenever customers become aware that Beena is at her Kochi store, they will go to meet her. “They want to know about the new products of Seematti,” she says. “So I will give a detailed explanation. They feel confident about the product, because I am the designer.”

That is how, one day, when she started her own boutique in cotton sarees, Beena decided to appear in the print and visual advertisements. “I felt it would be more authentic if I appear in my own advertisements,” she says.

However, Beena says that she does not want to do it too often as people will get tired of seeing the same person. So, she has taken on brand ambassadors like Lisa Haydon and Urmila Matondkar. “They have their own impact,” she says. “But you need to change your brand ambassadors often, because people want novelty, glamour and new faces. Look at Mollywood. All the heroines keep on changing, but the heroes have remained the same for decades.”

Meanwhile, when asked about the impact from the marketing point of view, US Kutty, Director, Sobhagya Advertising, says, “It was a masterstroke by Boby to bring Maradona to Kerala, especially in the north where there is such a craze for football. By associating with Maradona, Bobby enhanced his personal brand value. And his jewellery firm became famous.”

And when the owner projects himself, a lot of attention falls on the company. Especially if there are many companies selling the same type of product. “So, in that way, Boby Chemannur, Beena Kannan, TS Pattabhiramam and Atlas Ramachandran are doing the right thing,” says Kutty.

Adds Dominic Savio, Vice President, DDB Mudra, South and East: “When the owners appear in their own ads, it definitely adds value to the brand. For example, Beena Kannan is a known face. She is fashionable. Women tend to believe her because she is regarded as an authority on fashion.”

As for TS Pattabhiramam of Kalyan Silks, he has projected himself in a different way. “If you watch the advertisements of Kalyan Silks, he has positioned himself as an authority of silks,” says Dominic. “He is shown as visiting the smallest of villages in the remotest parts of the country in search of the best silks. Therefore, when you buy a product from his shops, you can be rest assured it is going to be pure silk.”

But Kutty says there is a risk involved also. “If something goes wrong, the owner will lose face and his reputation will be damaged forever,” he says. “Take the case of Maggie Noodles. If the company MD had projected himself in the media, it would have ended his career in the company.”

Adds Dominic: “The convicted Ramalinga Raju has not only destroyed his own image but also of Satyam Computers which had once been a savvy IT firm.”

(Published in The New Indian Express, Kochi, Thiruvananthapuram and Kozhikode)
at June 26, 2015