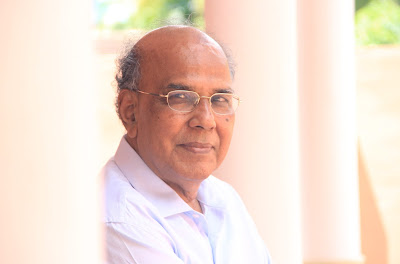 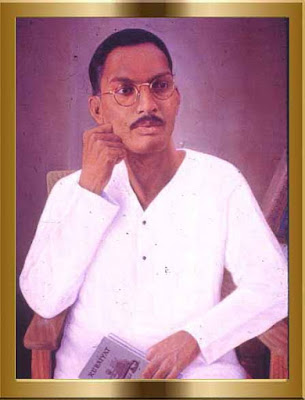 A few years ago, author TV Varkey read the biography of Changampuzha Krishna Pillai written by noted art critic MK Sanu. “It was a good and unbiased narration,” says Varkey. “Changampuzha came across as a complex but interesting person.”

Varkey had been a fan, right from his teenage years. “I love the poems 'Ramanan' and 'Vaazhakkula',” he says.

One day, sometime ago, Varkey felt a desire to write a novel in the voice of Changampuzha. So, he did research, read several books on the poet, apart from articles in magazines and newspapers. Then he sat down to write.

Two years later, the end result has appeared: a 327 page novel, called 'The Poet', which has just been published by Partridge Press, Singapore.

What is unusual is that, instead of writing in Malayalam, like his previous 12 novels and two short-story collections, Varkey has opted for English. Asked why, he says, “English has a worldwide acceptance. If I write in Malayalam, it will reach a small audience. Only a thousand copies will be printed.”

In Malayalam literature, he says, the critics have hailed only about half-a-dozen writers: O V Vijayan, M Mukundan, Paul Zacharia, Kakkanadan, Punathil Kunjabdulla, and Sethu. “They don't pay any attention to the others,” says Varkey. “Many have suffered because of this neglect.”

Changampuzha had also suffered a lot during his life, but it was a different type of pain. When he was nine years old, one evening, he came home, at Edapally, bleeding, after a fight with a friend. His shocked mother beat him with a stick. “That was a turning point,” says Varkey. “Changampuzha adored her. He never expected that his mother would hit him. He went to the back of the house and brooded for many hours.”

But his life changed when he discovered his poetic talent. “Changampuzha became a different person,” says Varkey. “He was able to touch the common man's heart with his poems on love and nature.”

However, like most great artistes, his personal life was in tatters. Apart from being an alcoholic, he was also an insatiable womaniser. “He was tall and handsome and knew how to seduce women,” says Varkey.

Changampuzha probably took after his own father. One day, his dad took Changampuzha along, as he went to his mistress's house. He went inside and made love to her, while the boy stayed outside.

Like his father, Changampuzha also never looked after his family, which consisted of his wife, mother, grandmother, and three children. “Whatever money he earned, he would spend it on drink,” says Varkey. “Nevertheless, he kept on writing.” Eventually, he published several books of poetry, while another two belong to the non-fiction category.

His turning point happened when he returned to Kerala following a stint as a clerk in the Military Accountant's Office at Pune and Kochi. Suffering from rheumatism, he was treated at a hospital near the Naval Base, at Kochi, where he met Dr. Arvind Nair (name changed).

The doctor brought him home and provided treatment. Arvind's wife, Radhika, was a beautiful woman, and an avid fan of Changampuzha. They began an affair in secret. And when Changampuzha went to Chennai, to study law, they would write letters to each other. Soon, the family came to know. At Chennai, two sons of Arvind confronted Changampuzha and gave him a severe thrashing. Later, this led to the rise of tuberculosis, and, death, at an early death of 37.

“Nevertheless, Changampuzha had packed more in his short life than many others who have lived long,” says Varkey.

Yes, indeed. The novel reveals the messy but soaring life of a creative genius.

(The New Indian Express, Kochi and Thiruvananthapuram)
at August 18, 2016