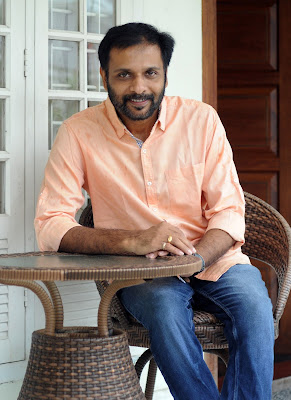 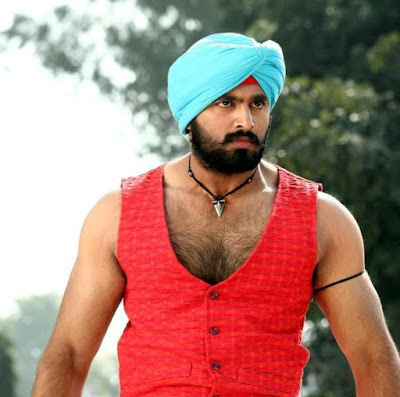 Scriptwriter Sethu talks about his experiences on the sets of 'Mallu Singh', 'Salaam Kashmier' and his upcoming maiden directorial venture, 'Oru Kuttanadan Blog'

During the shoot of 'Mallu Singh' (2012), scriptwriter Sethu noticed a beautiful Punjabi girl always standing on the sets and staring at Unni Mukundan, who plays a turbaned Punjabi in the film. Soon the parents arrived on the set. Then they befriended Unni. After a while, they began to bring breakfast and lunch for Unni. He was invited to their home.

“Because he grew up in Gujarat, Unni speaks good Hindi,” says Sethu. “So he was able to have good conversations with them.”

Finally, one day, the girl's parents proposed marriage to Unni for their daughter. “Their daughter had been smitten with Unni from the first day she saw him,” says Sethu. “The parents also felt that Unni would be a perfect son-in-law.”

It was then that Unni took off his red turban, and said that he is a Malayali. “The family took their disappointment in a sporting spirit,” says Sethu.

The Punjabis are a sporting lot. One day, art director Joseph Nellickal wanted to convert an ordinary area into 'Mallu street', where only Malayalis stayed. “Initially, we thought we would do it in Film City, Hyderabad since we needed a school and several shops,” says Sethu.
But while they were wandering about in Punjab looking for locations they went to a village called Nabha where Joseph saw an arch on a street. “We did not know for what it was made,” says Sethu. “Behind it, there was a large cowshed and a few shops.”

Joseph suggested that on the arch a board called 'Mallu Street' could be put up. “And then we could put Malayalam and Hindi signboards on all the shops,” says Sethu. “When we asked the local people, they agreed.”

The shoot on the street lasted for 22 days. But what was amazing for Sethu was when the producer of the film, Mahaa Subair told him recently that the area is still called Mallu Street.

“The board on the arch has still not been removed,” says Sethu. “They have retained all the signboards on the shops. And in Nabha Mallu Street is a permanent part of the locals' vocabulary. This was very exciting to know.”

Apart from exciting moments, Sethu has experienced tense situations. During the shoot of 'Salaam Kashmier' (2014), one morning, director Joshiy and the crew were having breakfast in the Valley. “Suddenly, several Army jeeps arrived,” says Sethu. “Many soldiers jumped out. They were pointing their AK47 guns at the huts lining the slopes of the hills.”

An officer said that there was a threat. “He said that this was one of the most dangerous spots,” says Sethu. “Just eight hours earlier, there had been an encounter between two terrorists and the security forces. So, they had come to rescue us. We took our food and ran to the vehicles. I have enormous respect for the Army. They are very vigilant in Kashmir.”

So vigilant that they tested Joshiy's patience once. One day after the shoot was over the crew went to stay at various Army camps. The time was 7 p.m. As for Joshiy he was staying at a very high-security camp. But after two hours, there was a call from Joshiy to the producer Mahaa Subair. In an angry voice, Joshiy said, “I can't wait for dogs.”

Subair was puzzled and so were the crew. “Then we thought that maybe Joshiy Sir did not get dinner,” says Sethu. “So Subair checked with the canteen and they said they had supplied the food at 7 p.m.”

Later, the crew came to know what happened. When Joshiy arrived at the gate of his camp, a sniffer dog had to inspect him before he could enter. “No one, no matter how senior, was allowed inside before being sniffed,” says Sethu. “But the dog was asleep. So Joshiy had to wait for two hours outside. The Army staff did not want to awaken the dog suddenly because the animal would not do the job properly. So they waited for the dog to come awake. In the end, Joshiy lost his cool.”

There was a need to stay cool in Sethu's upcoming maiden directorial venture, 'Oru Kuttanadan Blog'. In one scene Mammooty travels on a Bullet on a road between paddy fields. Behind him were three bikes with actors Gregory, Shahin Siddique, Vivek Gopan and Nandan Unni on them. “It was a long shot,” says Sethu. As they were riding, suddenly Shahin lost his balance and the bike skidded and fell to one side. “Gregory's leg was twisted to one side,” says Sethu. “Shahin had bruises on his arms.”

So, Gregory and Shahin were rushed to the hospital. And Sethu was thinking that he would lose a day of shooting. That was when Mammootty called him and said, “The show has to go on, no matter what happens. The only way you can do that is to change the script.”

Sethu nodded and immediately sat down to work. Within an hour, he rewrote the scene in such a way that there was only one bike behind Mammooty. “Thanks to Mammooty Sir's calmness and vast experience, we saved the day's shooting and was able to  move forward,” says Sethu.

(The New Indian Express, Kochi, Kozhikode and Thioruvananthapuram)
at June 20, 2018