Rolling Down A Slope 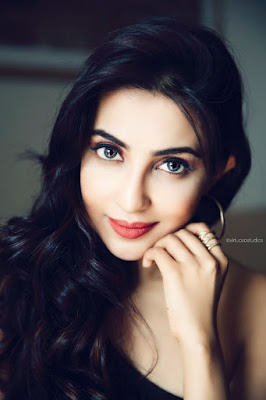 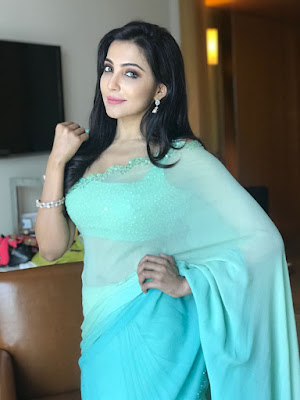 For a scene in the film, ‘Overtake’ (2017), actor Parvatii Nair was sitting inside a Mercedes Benz in Bellary, Karnataka. The car was being driven by Vijay Babu. Suddenly, Parvatii discovered that her seat belt was stuck. She told Vijay. He stopped the vehicle and got out to get some help.

Unfortunately, he forgot to put the car in first gear. It was on top of a slope on a narrow road. The car began to roll backwards. Since it was supposed to be a long shot, the crew was at some distance away.

“When I looked back, I saw a lorry coming up the road,” says Parvatii. “There were forests on both sides. I began to panic. Because of the stuck seat-belt, I could not move from my seat and use my legs to press the brakes. I just had a couple of seconds to do something.”

The car was gathering speed. The lorry driver stopped and watched the scene, as if in slow motion. A desperate Parvathii reached out and grabbed the steering wheel and turned it hard to one side. The car veered off the road and went bumping up the grassy verge and came to a stop. “I was breathing so fast, but thankfully, nothing bad happened,” she says. Soon, the lorry driver went up the slope and waved his appreciation to Parvathii.

“Later, Vijay apologised to me profusely,” says a smiling Parvatii.

Parvathii had a lot to smile about on the sets of 'Neerali'.

That was because she was working with Mohanlal. “Sir is somebody who is always cracking jokes,” she says. “That keeps the set in a relaxed mood and we are able to do our best work.”

One day, she was pressing the numbers on her mobile phone, when Mohanlal said, “Who are you calling?”

“Okay, pass the phone to me, after you have talked a bit,” said Mohanlal.

Parvathii nodded. After a while, she told her mother, “Amma, somebody wants to talk to you.”

Mohanlal took the phone and said, “Hello Madam, how are you? Your daughter is doing very well.”

But it took a while before Parvathii’s mother figured out that it was Mohanlal.
“Mohanlal Sir’s accent is so distinctive and everybody has heard it so some many times,” says Parvathii. “My mother, who is a fan, was thrilled.”

Once Parvathii herself got a call, out of the blue, when she was shooting for an ad film for Mollywood director VK Prakash at a bungalow in Bangalore. “The caller said that I had been cast in Kamal Hasan’s film ‘Uttama Villain’ (2015). The caller said I would be paired with the person who would be playing Kamal Hasan's son in the film.”

Parvathii could not believe it. She thought it was a prank call. So she said, “Rubbish,” and cut the call.

But then she began to have doubts. “So I asked Prakash Sir,” says Parvathii. “He confirmed that Kamal Hasan was doing a film by that name. The surprising aspect was that when Prakash Sir told me the film was going to be shot in the same house where I was doing the ad.”

So Parvathii immediately called back and came to know that it was Kamal Hasan’s manager who had called her. She apologised and got the role. “I was thrilled,” she says.

Parvathii was also thrilled on the sets of 'Yennai Arindhaal' (2015). Tamil star Ajith played the hero but even before Parvathii could be introduced, the first scene was shot inside a car. Parvathii sat next to Ajith while Arun Vijay sat at the back. “To show that all three of us were grooving with each other, Ajith did a 360 degree turn in a car,” says Parvathii. “That made me laugh with nervousness.”

Soon, after the shot was okayed, the star shook Parvathii's hand and said, “Hi, I am Ajith.”
Parvatii laughed again.

Just as there are good, there have been sad moments, too, on the set. The Kannada film 'Vascodigama' (2015) was a college film, so many extras acted as students and lecturers. The shoot was at the KVJ College, Kurunjibhag, Sullia. Parvathii saw some crew members being rude to the extras.

“I always smile at the extras,” she says. “Sometimes I have a chat with them.”
There was a scene in the rain. While the actors got umbrellas the extras stood in the rain getting wet. There were many boys and one solitary girl, Renu (name changed). So Parvathii called out to her to come and take shelter under her umbrella. The girl was reluctant but eventually, she came.

Then Renu started talking about her life. “Her father was ill and the family had no money,” says Paravthii. “She was getting paid Rs 300 per day. Sometimes, she told me, they don’t even get paid. The agency takes away all the money. In contrast, I remember, when we were shooting a film in Goa, there were a few foreigners who were taken as extras. They were paid Rs 4000 per day. So I felt bad for Renu.”

(The New Indian Express, Kochi, Thiruvananthapuram and Kozhikode)
at June 06, 2018