Lost In The Himalayas 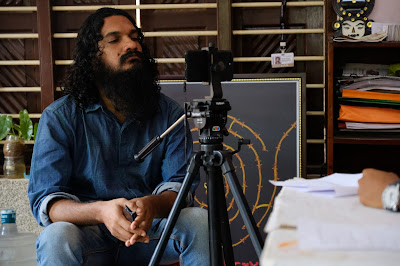 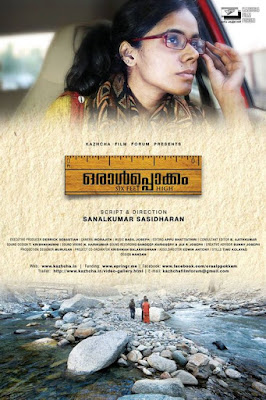 Director Sanal Kumar Sasidharan talks about his experiences in the films, 'Oraalppokkam' and 'Sexy Durga'

For the film, 'Oraalppokkam' (2014), director Sanal Kumar Sasidharan wanted to shoot a scene in a place where it was snowing. “So we decided to do a schedule in the Himalayas,” he says. “It was a time when it was raining. We knew that when it rained it usually snowed at the same time.”

They were shooting in Delhi but two crew members Sudhish (assistant director) and Anil (production crew) went in advance in order to locate an ideal location. However, there was no news for the next two days from them.

After the Delhi shoot, Sanal, actor Prakash Bare and the crew left for Uttarkashi. “I was a bit worried that there was no information from Sudhish and Anil,” says Sanal.

Soon, it started raining and there were flakes of snow. On the road, high up in the Himalayas, they saw a solider who asked for a lift. “We stopped the jeep and he got in,” says Sanal. “We told him two of our friends were stuck somewhere. He said there was a snowbound area around 20 kms ahead. So they might be there.”

They travelled a few more kilometres before they had to come to a stop. A big boulder had fallen on the road. “So we could not move forward,” says Sanal. The soldier said he would walk as his camp was nearby.

While crew members tried to remove the boulder, Sanal and Pradeep also walked towards the Army camp. The snow began to fall like feathers. “It looked beautiful,” says Sanal. “So I told Prakash that this would make a wonderful visual and we should stop for a shoot.”

Prakash replied, “Are you mad? We are in a dangerous situation. It is 4 p.m. Within two hours, it will be completely dark. We will not be able to move anywhere. And we have to find a place to stay.”

Sanal said, “We will not get this type of visual ever again.”

By this time, cameraman Indrajith had already begun filming. “We took many visuals, even as Prakash got very angry with me and the crew,” says Sanal. “I again requested him to do the scene which I had imagined when I wrote the script.”

Finally, Prakash agreed. And the shot was taken. “By this time a few inches of snow had fallen,” says Sanal.

The crew broke up into two groups. While one team found shelter in a very small hotel nearby, Sanal and Prakash walked eight kilometres, bypassing numerous ice blocks, before they found another hotel where, coincidentally, Sudhish and Anil were staying. "That was a big relief," says Sanal.

Meanwhile, crew members, who were staying in the first hotel, tried to call Sanal, but there was no range. After a day they panicked. They called a Malayalam newspaper in Kerala and told them that Sanal and Prakash had gone missing.

The newspaper got in touch with AK Antony who was Defence Minister at that time. He immediately sent out a rescue team.

But, a day later, Sanal was able to able to contact the crew in the first hotel through his mobile phone and they came to his hotel. Soon, they discussed a plan to shoot the remaining scenes.

“The next morning when we were getting ready to take some outdoor shots, we saw a couple of helicopters hovering overhead,” says Sanal. “Then a few soldiers came in search of us. One of them asked me whether we are from Kerala. I said yes. We did not know what was happening. We thought we had broken some law. Or maybe we did not take permission to shoot in that area. But it was only later we can to realise that this was all part of a rescue mission.”

The police also did a sort of rescue mission on the sets of 'Sexy Durga' (2017). A schedule was taking place at 1 a.m. at the Kovalam Bypass. The story went like this: Durga (played by Rajshri Deshpande), a north Indian migrant and a Malayali Kabeer (Kannan Nayar) were running away. So, they were waiting on a deserted road for any vehicle to take them to the nearest railway station.

So Rajshri and Kabeer were waiting on the bypass for the car, along with an assistant, Bipin Joseph, when a group of men came up and asked them what they were doing. “Bipin said a shoot was taking place,” says Sanal. “But the men began talking very aggressively. Bipin and the actors felt panicky, as they feared some sort of violence would take place.”

However, thanks to night patrolling, the police soon arrived. “Earlier, we had informed the local station that we were doing a shoot and had got the necessary permission,” says Sanal. “So the police sent the men packing. And shooting was able to resume peacefully.”