Getting Mentally And Physically Healed 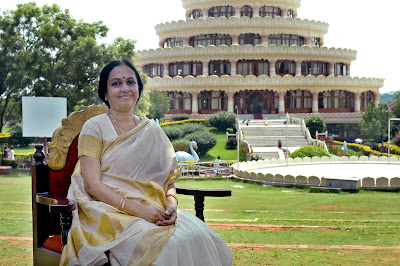 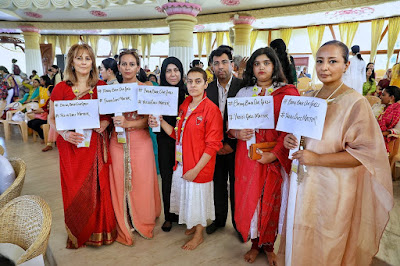 Basra woke up with a start. She was breathing heavily. The room was in darkness even though it was 5 a.m. at Sri Sri Ravi Shankar's Art of Living headquarters in Bengaluru. An image passed through her mind: a bearded man slapping her repeatedly across her face. Quickly, Basra shook her head and got up.

At 6 a.m., she, along with a group of Yazidi women, from the Sinjar mountains in Iraq made their way to a hall. Teacher Puravi Hegde greeted them with a smile. They sat cross-legged on the floor and closed their eyes. Puravi says, “Gurudev Sri Sri says, 'Our breath is linked to our emotions. For every emotion, there is a particular rhythm in the breath. With the help of one's breath, you can harness your emotions.”

Thanks to the initiative taken by Bhanumathi Narasimhan, the younger sister of Sri Sri Ravi Shankar, who oversees the organisation's Women's Empowerment and Child Welfare projects, Basra and Parveen and a few others had come to attend a ten-day healing programme. This consisted of yoga, meditation and the Sudarshan Kriya, a rhythmic breathing technique that harmonises the mind and body.

“These sessions had a big impact on them,” says Bhanumathi. “Many said they began to experience an inner healing. They were able to sleep for the first time after a long interval.”

In February, a group of Yazidi women had come to attend the International Women's Conference which was held at the Art of Living headquarters in Bengaluru.

A victim Parveen recounted her experience. “The ISIS came at midnight to our village,” she says. “There were 44 members of my family. Many of the men were shot dead. The women and children were taken to a hall. But the pretty girls among us were given to the fighters in different places as sex slaves. We were raped and raped, as much as fifty times.” Today, her entire family has been wiped out except for a cousin.

“When Parveen recounted her suffering, there was not a single dry eye among the audience,” says Bhanumathi. Incidentally, the Twitter tagline for the conference was #BringBackOurGirls #YazidiGirlsMatter.

As Bhanumathi talks her eyes become pools of sadness. “Think of this,” she says. “In the 14th century, there were 23 million Yazidis. But after centuries of persecution, they have been reduced to one million. And now, the Yazidi women have gone through unspeakably horrible experiences.”

The ISIS fighters massacred the community to destroy all anti-Islamic influences. The community follows a religion which is a syncretism of various religions like Zoroastrianism, Islam, Christianity and Judaism.

It was in 2014 that Bhanumathi first came across the Yazidi women when a team had gone to meet Sri Sri Ravi Shankar at Chicago. “The community had heard that the Art of Living had been doing meditation and trauma-healing programmes in Iraq,” says Bhanumathi. “They asked Gurudev to help the Yazidi girls, and he said yes immediately.”

At the Chicago centre, there was a big lamp with a peacock symbol. “They told us that they also worship the fire and the peacock,” says Bhanumathi. In fact, the Yazidis believe that God had placed the world in the care of seven holy beings or angels, the chief of whom is Melek Taus, the Peacock Angel.

Sri Sri Ravi Shankar instructed many teachers in Iraq to provide help to the Yazidi girls. Thereafter, in 2016, 27 Yazidi women, between the ages of 22 and 40, came to Bengaluru to receive training. “They promised that they would go back and help the others,” says Bhanumathi. Ever since a steady stream of Yazidi women have been coming to the Centre for training.

“We will carry on doing as much as possible to bring healing to the community,” says Bhanumathi. “Gurudev has repeatedly said we should strive for peace and happiness in every nook and corner of the world.”