'I feel I am part of the cosmos' 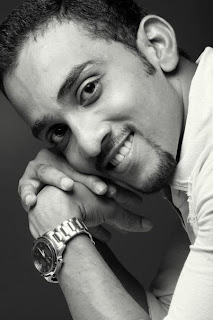 On some weekends, Ajmal Abacker, 24, the CEO of the Kochi-based I-Met Academy, a media education institute, goes home to Kozhikode. He remembers a conversation he had with his mother recently. “I asked her, 'Why is Islam the No. 1 religion?'” says Ajmal. His mother replied, “Islam is the only religion through which you can reach heaven.”

Ajmal has a Hindu friend, Reneesh. His mother told him that Hinduism is the only way to achieve salvation. “So, what is the difference between Reneesh and I?” says Ajmal. “If there is a God, and if He is looking at both of us, whom will He choose? Reneesh has not done anything wrong. Neither have I. He is born a Hindu and I am a Muslim. So how can God put Reneesh in hell and me in heaven?”

Ajmal, who studied in madrasas till he finished his Class 10, says that when he asked a maulvi about this, the man replied, “Your family is blessed, and that is why you are born in a Muslim family.” Ajmal could not accept this explanation.

His life changed when he met the spiritual leader Mumtaz Ali, who is based in Madanapalle in Andhra Pradesh (www.satsang-foundation.org). Ali has written a book called 'The Essence of Hinduism'.

Soon, Ajmal became a follower and would travel once a week from Bangalore, where he was doing his BA, to meet Mumtaz. The teacher told Ajmal to meditate and go inward.

Ali also told the youngster to recite the Gayatri Mantra. “A lot of positive energy is released after you say the mantra,” says Ajmal, as he effortlessly chants the sacred hymn.

Like most intelligent young men, Ajmal is on a spiritual search. He was deeply affected after reading 'The Alchemist' by Paulo Coelho and the 'Dhammapada' by Osho. In the Dhammapada, Osho says, “If there is a God, who, then, is the father of this God? If you are looking for an answer, there are no answers.” This created a lot of doubts in Ajmal's mind.

Sometimes, at 9 p.m., Ajmal steps out on the balcony of his 14th floor apartment and stares at the sky. He asks himself a lot of questions: 'Is there a God? Is He the person who is controlling everything? Who created the moon, the stars, the trees and the flowers? Why are so many human beings sad and miserable? Why do some people get the best things in life, while others live in poverty?'

After a while Ajmal closes his eyes and begins meditating. And slowly, after a period of time, he senses an energy flowing through him. “I feel that I am one with the moon and the stars,” he says. “I feel as part of the cosmos. Human beings, animals, and birds, we are all one.”

He pauses, smiles, and says, “Man can transform his life if he believes in his own divinity.”