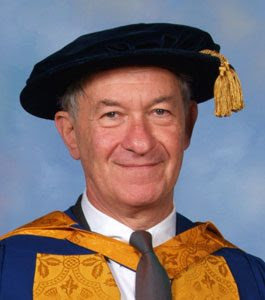 Simon Schama’s books, on art, American, British, Dutch and French history, are peopled with vivid characters and powerful conflicts. A best-selling author, his books are a far better read than most novels

British historian Simon Schama has a novelist's eye for vivid detail. This is how he describes the 16 km car ride from the Kovalam beach to the Kanakakunnu Palace in Thiruvananthapuram, where the Hay Festival was held.

“There are very loud CDs playing, by the side of the road, apart from the usual conceited-looking cows,” he says. “There is a very old man on a bicycle. He is wiry, but strong, and must have been in his mid-seventies. He has no sense of his own frailty. I feel the driver will knock him down any minute. The road is full of peril and passion. Kerala, even by Indian standards, is so full of saturated colour. The light is quite different from north India. It is also wetter.”

Simon made his mark on the general public with the broadcast of the 15 part ‘History of Britain’, which was aired on the BBC in 2000. The series began in 3100 BC and goes all the way to 1965.

“The reason why it did so well was because there was a great craving for narrative history, especially among families who wanted to watch it with their children,” he says. “They wanted to see old-fashioned story-telling, with a lot of questioning and analysis.”

In fact, the second episode, called the 'Conquest', which focused on the Battle of Hastings in 1066, one of the epochal moments in British history, had four million viewers.

During the research for this episode, Simon discovered that the soldiers did not wear any clothes or underwear when they put their armour on. “When their armour was pulled off, they were naked,” says Simon. “I told the producers that since we are doing a re-enactment, we could show a pile of naked dead men but they were horrified. After all, it was the BBC.” Simon bursts out laughing at this point.

Simon has also written a series of popular books on American, Dutch and French history. His 1989 book, ‘Citizens: Chronicle of The French Revolution’ received critical applause and became an international best-seller.

In a review in The New York Times, Eugene Webber, a professor of history at the University of California called the 948-page book, “monumental. 'Citizens’ is hard to put down. Provocative and stylish, Simon Schama's account of the first few years of the great Revolution in France is thoughtful and well-informed. Above all, he tells a story, and tells it well.’ Time magazine described it as one of the best books of the decade.

But Simon says that the best book he wrote was ‘Rough Crossings – Britain, The Slaves and the American Revolution’. Despite positive reviews, it did not sell well at all. Nevertheless, it won the 2006 US National Books Critics Award.

It is the story of how thousands of blacks crossed over to the British side during the American War of Independence (1775-83), on the promise that they would be granted freedom. When the British lost, the blacks were taken to Nova Scotia where they were treated with indifference and callousness. Eventually, with the help of a few enlightened whites, the blacks made a sea journey to Sierra Leone, in 1792, where they still live, several generations later.

Undoubtedly, his books are gripping and tell a crackling good story. Although at times, in certain sections, it is over-written. This could be in large part because of Simon’s effusive personality. Book critic Felipe Fernandez-Armesto lauded Simon’s “vivid historical imagination, and the strength and skill to wield language like a bright weapon. Historians don’t come much better than Simon.”

This historian also casts a perceptive eye on the present. At the Hay Festival, Simon says, “President Barack Obama is important for the rest of the world because he is the first person, since President John F. Kennedy, who is an internationalist. This most literary of presidents represents the confluence of many different cultures.”

And to the perennial question of whether America is in decline, he says, “It took the Roman Empire 500 years to decline, but the American downfall may be far faster than that. But it is a relative decline.” Simon felt that America clearly cannot be the hegemonic power that it once was, after the Second World War. China is the main issue, in terms of competition. “But America has a gigantic presence in the world economy, and is capable of reinventing itself,” says Simon.

Thanks to all these wonderful flashes of insight, dashed off with style and panache, Simon was a hit at the Hay Festival in Kerala.