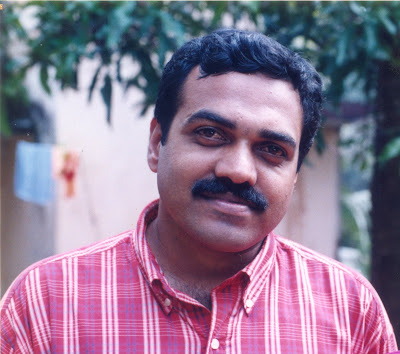 When Gopalji died of colon cancer at the age of 42, his numerous friends were left bereft. In order to honour him, they have started a foundation in his name

Media professional Jeret Venugopal remembers going to his cousin, Gopalji’s house at Vytilla one morning to collect documents for a consultation at Amrita Hospital. Gopalji had been diagnosed with colon cancer. As he stepped out, Gopalji called him back. “Please wait, I want to give you a paper,” he said.

But when Venugopal read the document, it was another person's health report. “Gopalji asked whether I could show it to a doctor at Amrita,” says Venugopal. “Even as he was dying, because he was at stage 4 of the disease, Gopalji was thinking about other people.”

For hundreds of people Gopalji was a legendary friend. Nearly all of them met him when they were doing their graduate courses at Maharaja’s College in the eighties. “Gopalji had the power to reach out and touch your heart,” says college lecturer Bindu M.K. “Even if you are meeting him for the first time, you never felt he was a stranger.”

His actual name is V.B. Gopalakrishnan. But when Meera Ramakrishnan, a Malayali, who grew up in North India, befriended Gopalakrishan, at Maharaja’s College, she began calling him ‘Gopalji’ and the name stuck.

Gopalji did not hold any college union post, but he was actively involved in cultural activities, youth festivals, and the nature club. “Many trees that were planted in Kochi were done under his leadership,” says Venugopal. “He practiced and preached blood donations long before it became fashionable. He also provided money to provide afternoon meals for students.”

Even as he helped people, Gopalji had a busy career as manager, projects, of Cochin Media City, a facilitator for the media, communication and entertainment industry.

But, unfortunately, this activity-filled life came to a sudden end on February 18, 2010. Gopalji was only 42. He left behind a wife, Sonia, an English teacher at Nalanda Public School, and two children, Krishnan, 6, and Gouri, 3. “His death created a vacuum in our lives,” says Bindu.

A few months after Gopalji’s death, a consensus arose among his friends that they should start an organisation in his name. “We wanted to follow in Gopalji's steps,” says Venugopal. “Instead of thinking about ourselves all the time, as most middle-class people do, we wanted to help others. Gopalji is our inspiration.”

The Gopalji Foundation was set up on September 29, 2010, with a membership base of 246 members. “Ninety percent are friends of Gopalji,” says D. Chandrasenan, the president of the foundation. “Many live abroad, but they are contributing money.”

But a few months ago, an outsider contributed money. Shruti Kamath, 18, who was part of the gold-medal winning Indian team in the Asian Rowing Championship held at Guangzhou in China, last year, gave the prize money of Rs 10,000 to the foundation. “I heard of Gopalji from my mother, who is a former student of Maharaja’s College,” she says.

And because Gopalji had died of cancer, the foundation has identified people who are cancer victims and need money for medical expenses. They also pay the educational bills of the children. One of them is Renuka, who is doing her higher secondary course at NSS Arts College at Tripunithara. The team has also conducted an ophthalmic camp on December 29, Gopalji’s birthday, at Ponnurunni. “Free spectacles were distributed,” says Bindu. “Around 150 people landed up and most of them were poor.”

A medical camp was conducted on August 14, while the foundation is gearing up for another one on October 9. They are also gathering funds to buy an ambulance for the Santhwanam Pain and Palliative Care Clinic, at Sulthan Bathery. “The doctors were taking the cancer patients to hospital in an auto-rickshaw,” says Chandrasenan. Thus far, all the money has been generated among the members. “We want to establish our credentials, before we can approach corporates for help,” he says.

But for all of them, they are in the process of discovering what Gopalji knew a long time ago. “When you help others you are filled with joy and a deep sense of satisfaction,” says Venugopal. “And we feel Gopalji’s presence with us all the time. We have faced hurdles, but somehow, they keep getting solved. I am sure Gopalji is keeping an eye on all of us.”

And so, thanks to one man’s gift for friendship, he has planted the seeds of social service in numerous professionals and they in turns will inspire others. The Circle of Life will go on.