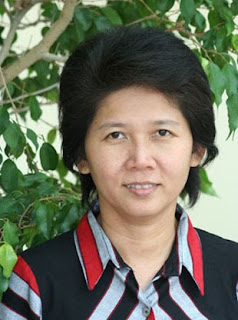 On the first evening of the Kovalam Literary Festival, a frail and pensive woman stands in the lobby of the Taj Green Cove. It is the Myanmarese dissident and writer Ma Thida. When a scribe approaches her for an interview, she says, “I have one request. Please do not put up the article on the Internet. Otherwise, the Army authorities will cause trouble for me.”

It is an unusual request, since there are several articles on Ma Thida on the web. But it gives an indication of the fear and torment she has gone through, including spells of solitary confinement during her six-year imprisonment in Myanmar. She was released only when she nearly died.

When the academician, Mukul Kesavan hears that Ma Thida had actually been given a 20-year sentence, he puts his hand over his heart and his eyes bulge out. “I can’t believe it,” he says.

Actor Om Puri is present with his wife Nandita. She has read extracts from an upcoming biography, written by her, on her husband. Later, Om is invited to have an interaction with management students. As he answers the numerous questions with wit and precision, a female voice from the back says, “Why are the people of the north-east always portrayed as tribals? Why is there no shooting of films there?”

Om says, “Yes, there is a stereotypical representation. And we must change that. As for the second question, like in Kashmir, film-makers are afraid to go to the North-east because of the fear of violence.”

After the interaction Om walks all the way to the back and shakes the woman’s hand.
“It was a very interesting question,” he says. And the lady, who is from the north-east, has a beatific smile on her face.

Chick lit author Meenakshi Reddy Mahadevan also has a beatific smile on her face at the dinner on the beach, where the liquor is in never-ending supply. She lights a cigarette with aplomb and it has an unintended consequence: it shakes the conservative Malayali guests present right to the bottom of their hearts.

“Look at her audacity,” says one.

“And to think she is a Malayali,” says a woman. “Her mother is sitting right next to her!”

When Delhi University professor Sanjay Srivastava is retold this conversation he bursts out laughing. “In our childhood, parents were powerful figures, who had to be obeyed at all costs,” he says. “Not any more. We can only advise our children, but they will do what they want.”

On another day, at a lunch beneath coconut trees and a grassy lawn, a mini golf course on one side, and a lake on the other, a visitor from Delhi points at a group of young Indian woman writers sitting around a table, displaying plunging cleavages and smooth thighs.

“What is the literary worth of these writers?” he says. “Do they have any writing skills? Are their stories written from the soul? Is there any powerful characterisation?”

The people around his table is silent. Then he says, “I have my doubts. They have good contacts in the media, they spend their own money to have splashy cocktail party book launches, but they will last for only a season. Next year, another group of writers will take over and these books will be forgotten. They cannot withstand the test of time.”

Tamil publisher S.R. Sundaram (a.k.a. Kannan) of Kalachuvadu Publications publishes books that have stood the test of time. An interesting difference: all the best-sellers have been written by his late father, the noted writer Sundara Ramaswamy. “Thanks to his books, I am surviving as a publisher,” he says, with a smile.

Tripura poet Chandrakanta Murasingh writes in Kokborok, a language that has not survived. Instead, he has to use the Bengali script to write his poems. “I envy you Malayalis,” he says. “You have your own language, a vibrant culture, and a strong political ethos.”