Fulfilling his dreams step by step 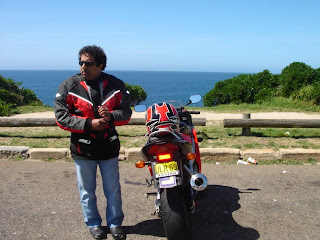 Bobby John Mana went to Australia for higher studies and, thereafter, worked there for several years. But he had a secret desire to be a film director…

One day, while on holiday in Kochi, Australian citizen Bobby John Mana saw an item in the newspaper. A documentary film workshop was going to be held at the Amrita School of Communication. Among the speakers on the last day was director Shyamaprasad. Bobby’s ears pricked up when he read this.

Just a few days earlier Bobby had seen Shyamaprasad’s ‘Ore Kadal’ on DVD and had been deeply impressed. In it, Mammooty plays Dr. S.R. Nathan, a professor of economics who lives on the top floor of a building, while on the ground floor is a financially strapped couple, Deepthi (Meera Jasmine) and Jayakumar (Narein) with a son.

“I was wondering why the director had allowed people from different strata to live in the same building,” he says. “It seemed foolish.”

But halfway through the film, Jayakumar tells Deepthi that the builder initially sold the top floor apartments at a high price. Later, because of some problems, the rest of the units were sold at a cheaper rate. “I realised that Shyamaprasad had deftly answered my doubts,” he says.

Bobby was also impressed by the open-ended conclusion. “So many people liked the ending,” he says. “I realised that Shyamaprasad was a top quality film-maker.”

So Bobby googled Shyamaprasad, secured the mobile number, but felt hesitant to call. That was when he read about the workshop. So he enrolled with alacrity.

When Bobby met Shyamaprasad they clicked instantaneously. “Maybe it was because Shyam had also trained in Britain, so we could find a mutual wavelength,” says Bobby.

It was while he was dropping the Thiruvananthapuram-based Shyamaprasad to the North railway station, following the conclusion of the workshop that Bobby told the director about his background.

Born in Kochi, Bobby did his schooling at Rajagiri Public School. It was when he was a teenager that he developed a passion for films. “I saw many movies, especially English films at Sridhar and Little Shenoys,” he says. His favourite film was ‘Jaws’, because of its superb direction and special effects.

At that time, his parents would give him Rs 7 as pocket money and Bobby used it to see films. “Rs 2 was for samosas and coffee, while the rest went for the ticket,” he says.

After doing his graduation from St. Albert’s College, Bobby worked in the Kelachandra Group of Companies, before he went for his MBA at the University of Newcastle, near Sydney. Thereafter, Bobby worked in the IT industry at Sydney for ten years. However, all along, he harboured a dream about becoming a director.

In 2005, thanks to the prompting of a friend in a bar at Sydney, Bobby quit his comfortable job, became a cab driver in the evenings and did a directing course at the Metro Screen School in Sydney during the day. Following that he did a stint at the prestigious Australian Film Television and Radio School and took classes on the Stanislavsky method of acting.

Then he flew to Kerala for the Christmas holidays. That was when he saw ‘Ore Kadal’ and fate played its card by making him meet Shyamaprasad.

The award-winning director offered Bobby the job of assistant director for the film, ‘Ritu’. Bobby accepted and got a chance to see a master craftsman at work. “Shyamaprasad does not use a story board,” he says. “He is a gifted person, who has a vision. He can see things beyond the camera.”

But Bobby took some time to adjust to the chaos of film-making in Kerala. “A shoot is like a wedding here, where the bridegroom will also be running around, doing the last-minute arrangements,” he says.” Whereas overseas his only job is to play his role.”

Eventually, the film was completed and it did well at the box office. Later, Bobby, now promoted to associate director, worked on a short film by Shyamaprasad called, “Off Season.”

At his eighth floor study in an apartment at Kochi, he has a computer, a TV and a DVD system. A book of short stories by Anton Chekhov lies on the table. He has plans to write a screenplay based on one of Chekhov’s stories.

Meanwhile, he has started pre-production work on Shyamaprasad’s next film, ‘Electra’, which will begin shooting in December,” he says. “I am fulfilling my dream of being in films, step by step.”