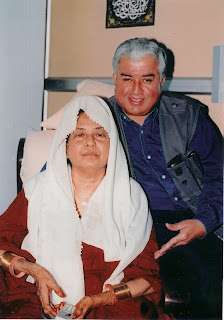 A documentary on Kamala Das is evocative and poignant

“Poets are snails without shells,” says Kamala Das. “They can be crushed so easily. It’s a sad occupation, but I would not choose another.”

Thus spoke the writer in ‘Kamala Das: An Introduction’, a 28 minute documentary, commissioned by the Sahitya Akademi, and directed by documentary film-maker and publisher Suresh Kohli.

In the film Kamala Das came across as a physically frail person. A diabetic, she leaned on companions to walk. Frequently, she had to press a handkerchief to her eyes, which watered easily.

Apart from reading some of her poems, Kamala talked about the genesis of her most famous book, ‘My Story’. The autobiography describes her multiple affairs and the strained relationship with her husband, K. Madhava Das.

When Kamala was 42, she was lying bed-ridden in Room 565 at a Mumbai hospital, suffering from a grave heart ailment. “My husband asked me to write my autobiography,” she says. So a typewriter was brought into the room and since she could not sleep at night, Kamala began writing. “That’s how it began,” she says.

But in the film Kamala expresses misgivings about the book. “By itself, my story would not fill a book, so I had added quite a bit of fiction,” she says. “I feel a regret about it.”

Delhi-based writer Namita Gokhale has no regrets being a fan. “A whole generation of writers took sustenance from her,” she says. But she did feel bad that because of Kamala’s explicit sexual descriptions, the press sensationalised it and refused to regard her as a serious literary figure.

There are beautiful shots of Kamala’s 400-year old ancestral home at Punnayurkulam, in south Malabar, pictures of book covers, and hand-written pages of poems.

The film was shot mostly at Kamala’s Kochi apartment in late 2005 and early 2006. Says Kohli: “We had to shoot indoors because she was not well.”

She may have been unwell, but she still had the spirit to express strong opinions. “The feminism that is on show today annoys me,” says Kamala. “It shows too much hostility towards men. I can’t understand it. You need to love. Love means to surrender. A woman is more attractive when she surrenders to a man.”

The small audience at the Kovalam Literary Festival watched avidly. As always Kamala held one spellbound whenever she spoke and it became all the more poignant because she is no more.