‘Divine energy is always accessible to us’ 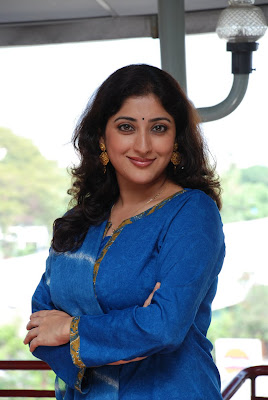 A few years ago, dancer Lakshmi Gopalaswamy wanted to buy a Palio car. For that she needed to take a loan. “I was not sure I could pay the monthly installments,” she says. She was a freelance artiste and did not have a fixed, monthly income. Her father offered to help her, but she was apprehensive about this idea of a loan. So, she went and prayed at the Lakshmi temple at Jayanagar in Bangalore. “I said, ‘Goddess, please help me out,’” she says.

A few days later, she received an offer to act as Goddess Lakshmi in a long-running mythological serial on Eenadu TV. “I began to get a regular income and was able to pay off the loan effortlessly,” she says. “That is why Goddess Lakshmi is one of my favourites.”

In fact, the temple at Jayanagar is also a favourite. “Lakshmi looks so beautiful and strong,” she says. “It is a big idol made of black stone. But I don’t actually pray. I just soak in the ambience and the positive vibrations that emanate all around the temple.” Incidentally, because the dancer was born on a Friday, an auspicious day for the goddess, she was named after her.

When Lakshmi comes to Kerala she occasionally goes to the Padmanabhaswamy temple at Thiruvananthapuram. Some years ago, when she came to take part in her first Soorya Festival, it was raining heavily on the day of the programme. “I just prayed to Padmanabhaswamy that the concert should go off well,” she says. At 4.30 p.m. the rain stopped. Lakshmi’s recital took place at this time, in front of a huge audience, and it was a success. Following her event, the rains began again.

Before a dance recital, Lakshmi says shlokas in praise of her gurus, Lord Shiva and Lord Ganesha.

Here is the shloka to Ganesha:

(We meditate on Lord Ganesha, who is clad in white, who is all pervading, whose complexion is gray like that of ash, who has four arms, who has a bright countenance, and who can destroy all obstacles).

“A prayer gives you focus,” she says. “It also humbles you. I am appealing for blessings. I also ask for the necessary stamina and a good audience response.”

Lakshmi tries to get in touch with God as often as she can. “Divine energy is accessible to us during every minute of our life,” she says. “But the problem is that we have a lot of worries and negativity. This acts as a block.”

However, when she is dancing, there are no blocks. “You have to be in a state of readiness,” she says. “I get so many beautiful ideas, and implement them. I am, sometimes, surprised by what I am doing. I know I am in touch with God.”

She says that if you worship life, you are revering God. “And that includes nature in all its variety,” says Lakshmi. “When I also look at beautiful architecture or temples, or hear music, and see a dance performance, I experience the presence of God.”

When bad events happen, Lakshmi reacts calmly. “I don’t question it,” she says. “I surrender to the highly intricate and complex intelligence that animates the universe. I am just a minuscule part of it. I don’t think a bad event harms me. When I look back, I discover that it was always for my good.”