In the garden of Eden 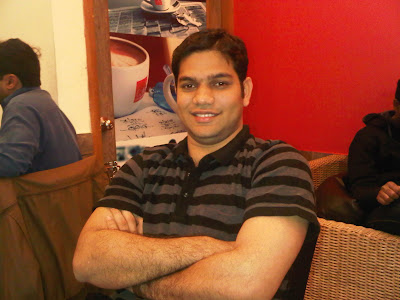 Hibi Eden, the president of the National Students Union of India, talks about the nation-wide drive to get new members and the powerful role played by Congress leader Rahul Gandhi

A couple of weeks ago, the All India Congress Committee General Secretary Rahul Gandhi had gone to Dharwad in Karnataka to meet students and to encourage them to join the National Students Union of India (NSUI). Accompanying him was NSUI President, Hibi Eden, from Kochi.

At 10.30 p.m., after the day's interactions were over, they set out by car and travelled 45 kms into the interior. Then they had to get down and walk down a narrow path in the darkness for several minutes before they reached a school of music. All the huts were made of mud.

There were 116 students and they belonged to the poorest families in Karnataka. “But they all had an aptitude towards music,” says Hibi. There were eight foreigners helping out. The children were learning the sitar, veena, tabla, and the violin. “They were proficient in Carnatic and Hindustani music,” says Hibi. “When they played, it was brilliant.”

They recognised Rahul, but were shy in front of him. But for both the young politicians, it was an eye-opener. “Throughout India, wherever we go, we are struck by the talents and the deep aspirations of the young people, especially among the poorer sections of society,” says Hibi.

On another day, they had a meeting at the National College, Bangalore. A student complained that more than 50 per cent of the seats were reserved for the scheduled castes.

But when the question was put forth about how many had come through reservation, only a few hands went up. “So Rahul said that there is a need for reservation,” says Hibi. “The Dalits have not got what they should be getting. He asked the youngsters to join politics and make a change in society.”

The Congress Party strategy is simple: they want to attract young talent to the Congress party through an intense membership drive and free and fair elections.

“Rahul said that it was only through transparent elections that new and ordinary people as well as meritorious candidates could come through the system,” says Hibi. So, from the college to the national level, the NSUI is looking for more members and holding elections.

In Kerala, 95,000 youths have joined the Kerala Students Union, the Kerala branch of the NSUI. In BJP-ruled Madhya Pradesh, there are 1 lakh members. So far, elections have been conducted in 16 states and the NSUI has 5.5 lakh members.

“We expect many more members, because elections have not yet been conducted in large states like Bihar and Maharashtra,” says Hibi.

Unlike in the past, there is an age limit. Anybody over 27 cannot take part. This is a far cry from the past when most leaders of the NSUI were over 30 years old.

To ensure that the elections are free and fair, it is monitored by an NGO called the Foundation for the Advanced Management of Elections. This is headed by former Chief Election Commissioner, J.M. Lyngdoh, and has, as its members, former Election Commissioners, K.J. Rao and T.S. Krishnamurthy.

As expected, many seniors in the Congress Party are against the concept of elections. Earlier, powerful state leaders would appoint the people they liked. Usually, they were loyalists. Now, anybody can contest an election and win, too. “It has become a merit-based system,” says Hibi. “We are effecting a drastic transformation.”

Based in Delhi, Hibi is travelling the length and breadth of India, meeting with students from all types of backgrounds. “Society has undergone a massive change,” he says. “Students are not joining political organisations on the basis of ideology. They are looking at what is there in it for them. They have a low social commitment. It is a disturbing trend.”

Hibi says that even in a politically active place like Kerala, youngsters are no longer flocking to the Students Federation of India or the Kerala Students Union. “They feel that there is not much scope in politics,” he says.

But Hibi admits that quite a few young people have joined the NSUI because of the personal magnetism of Rahul. “The youth want young leaders,” says Hibi. “That is why Rahul has so much of appeal.” In other political parties, there is no young leader in the first or second line of leadership. Hence, in an electorate where 75 per cent of the voters are below 25, the Congress has a huge advantage.

Aware of his appeal, Rahul wants the Youth Congress and the NSUI to play a major role in reviving the Congress nation-wide. “I am helping him to achieve this,” says Hibi. “The senior leaders I have seen at close quarters have a short-term strategy and no long-term vision. Rahul is putting a plan in place where the youth will change the face of India.”