The reality behind ‘reality shows’ 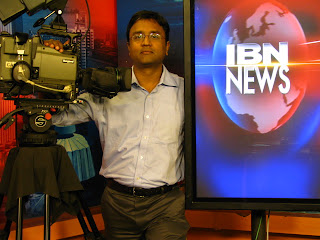 Features editor Suresh Mathew’s award-winning television programme on reality shows reveals how children are exploited, while judges are encouraged to be rude and mean

When you watch six-year-old Anshal Kapoor do a handstand and then swirl around, balanced on his head, his legs pointed towards the ceiling, you draw your breath in admiration. The boy is from Karnal, and has been taking part in dance classes from the time he was two years old.

“Anshal’s father, Parveen, had been pushing him into dance competitions and talent hunts,” says CNN-IBN features editor, Suresh Mathew. “Later, Parveen admitted that he had tried to be an actor, but failed to fulfill his dreams. So he was now superimposing his desires and ambitions on his son.”

Interestingly, when Anshal was asked in a separate interview what he wanted to be when he grew up, he said, “I wish to be a doctor or a pilot.” Suresh adds, “Because his father was so consumed by his desire to make his son a star, Anshal played along, even though this is not what he actually wants to do as an adult.”

This segment on Anshal and Parveen was featured on '30 Minutes –Making Reality', a programme which focused on the burgeoning popularity of reality shows on television. Recently, it won for Suresh and his colleague, Rohit Khanna, the Ramnath Goenka Award for Excellence in Journalism in the Film and Television category.

“It was a big, but welcome surprise,” says the Mumbai-based Suresh, whose parents were originally from Pathanamthitta, but are now settled in New Delhi.

The show was an eye-opener for Suresh. “Our correspondent Priya Krishnamoorthy found two sisters in Bihar who were part of a talent search show,” he says. “They had been selected and brought to Mumbai to take part in the first round.”

The channel cameramen began shooting them the moment they arrived in Mumbai for the first time. The producer told the girls, “Look with amazement at the hotel you are going to stay. Then say, ‘Wow, this is the first time we have been inside a place like this. I have never seen such a luxurious hotel before.’”

Suresh says that the viewers will assume that these are the authentic reactions of the girls. “But it is fake,” he says. “The dialogues and mannerisms are created by the producers.”

Children end up being exploited, and put under a lot of stress. “The way the producers keep the results in suspense, during competitions, it puts a lot of pressure on the youngsters,” says Suresh. Sometimes, there is psychological damage.

On May 19, 2008, during the shooting of a dance competition at Kolkata, Shinjini Sengupta, 16, was scolded by one of the judges. “She went into shock, and was unable to speak and walk for several weeks,” says Suresh.

Even professional artistes don’t find it easy. TV personality Cyrus Broacha, who was performing on a dance programme, ‘Jhalak Dhiklaa Jao’ on the Sony channel, told CNN-IBN, “The producers keep telling me, ‘Can you a bit more emotional? Can you show more excitement?’”

However, some judges, like music composer, Anu Malik, are made for reality television. “He knows how to offend and humiliate people, and pick up fights with co-judges,” says Suresh. “Anu is keenly aware that if he maintains this abrasive personality onscreen, it will grab eyeballs, please producers, and give him a better chance to be called as a judge for the next season.” As it is well known, judges on reality shows are paid handsomely.

However, it is not all negative on reality shows. “We have shown good things like the creation of a star like Abhijeet Sawant,” says Suresh.

Abhijeet was a lower middle-class boy who used to sing in marriage bands. Thanks to his win in the Indian Idol (Season 1) competition in 2005, he became popular, and has cut two best-selling records -- 'Aapka Abhijeet Sawant' and 'Junoon - Abhijeet Swwant'.

Today, he lives with his wife, Shilpa, in a three-bedroom apartment in Mumbai, which costs Rs 1 crore. In a clip, Abhijeet is shown marvelling at the luxurious sofa he has just bought.

“Abhijeet could never have dreamt that his life would turn out like this,” says Suresh. “These reality shows are giving splendid opportunities to many talented youngsters.”

However, despite the success of these shows, Suresh feels that there is a dumbing down of the audience. “Today, people do not want to think or understand more than what they really need to,” he says. “They want entertainment, rather than information. Anything that teases the brain is a no-no. But that which satisfies the senses is a yes-yes. This is disturbing. It sort of begs the question: what is going to happen to future generations?”