Black magic in the Congo 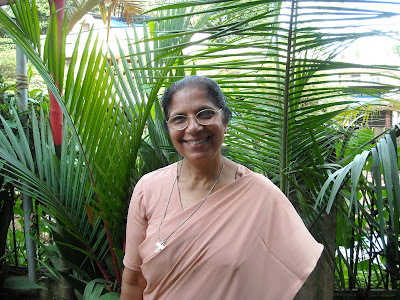 In the early 1990s, Sr. Marie Stella was the principal in St. Joseph’s College at Kibounde in the Republic of the Congo. She used to get up every morning at 4 a.m. for prayers and would spot an owl on the window sill. She was told that this same owl used to sit outside the room of another nun, Sr. Marie Agnes, and had a malevolent effect. “Agnes would fall sick often and vomited black fluid,” she says.

So, Stella decided to take remedial action. She asked a boy, who worked in the convent, to kill the owl. He did so, early one morning. “Although it is difficult to believe, not a drop of blood could be seen,” she says. In the Congo, the majority of the people practiced witchcraft and devil-worship.

A week earlier, Malonga, one of the teachers in the college, who could not get along with the nuns, had brought a tray which contained rice and fruits. “I did not accept the gift, but Malonga left it outside our door,” she says.

According to the rules of witchcraft when a magic is aimed at someone, and if he or she touches a gift, that person will fall sick immediately. So, the food given by Malonga was set ablaze.

“However, many Congolese warned us that if we did the same thing to the owl, somebody would die,” says Stella. The victim was usually the person who has done the witchcraft. “We never wanted this to happen,” says Stella, who belongs to the Paris-based Sisters of St. Joseph of Cluny. “So we held a prayer service, before burning the owl.”

However, the impact was immediate. When Stella reached the college, she saw that Malonga was walking about stark naked. “He had lost his mind completely,” she says. “It was clear that he had done the magic spell on us.” Sometime later, he died. The nuns were shocked.

Life was never easy for them. Often the nuns had to travel to the capital, Brazzaville, to buy provisions. It was only 45 kms away, but it took five hours, because there were no roads.

“The people used to put nails on the mud tracks, so that our truck would have a puncture, and they could rob our weekly provisions,” she says. “They did this because they were very poor.”

The country had a ruined economy. There had been civil wars for decades, because different claimants had vied to become president. When Stella was living there, it was Denis Sassou Nguesso who was the leader.

“People would disappear mysteriously, because Sassou used to bathe in human blood,” says Stella. “He did this because he believed in black magic.”

For the presidential elections, in 1992, three rival aspirants, including Sassou, fought against each other. In the ensuing civil war, thousands of people died. Eventually, a leader called Pascal Lissouba was appointed the president. (Meanwhile, in December, 1993, Stella was transferred to the Philippines.)

The next flashpoint was the 1997 presidential elections. As the date drew near, tension mounted between Lissouba and Sassou. Soon, war broke out between the two camps. This lasted for four months. Again, thousands of civilians died.

“There was a complete breakdown of law and order,” says Stella. “Schools and colleges were shut for weeks together. As soon as the shooting began every day, the nuns would hid inside a cupboard, or under the bed.” Finally, Sassou assumed power once again.

In 2005, Stella returned to Brazzaville and got a shock. “After the wars, the roads, buildings, water pipes and the electric grid had been destroyed,” she says. “People had deteriorated morally, physically, and psychologically.”

She remembers a man who had been killed, but there was no place to bury him. “The wife took the body and placed it temporarily in a big freezer in the house,” says Stella. “One day, the eight-year-old daughter opened it and saw her dead father. She was traumatised.”

Stella says that many people had lost their sanity, owing to the endless violence. It was a living hell. In July, 2008, Stella moved to the Cook Islands, near New Zealand, and has been working there ever since.

In May, this year, Stella came for a visit to her home in Muvattupuzha, but, unfortunately, violence continued to haunt her life. On July 4, she was standing right next to her brother, Professor T.J. Joseph of Newman College, Thodupuzha, when his right hand was hacked off by Muslim fundamentalists, because he named a lunatic as Muhammad in an examination paper.

“Human beings have the same violent tendencies all over the world,” she says.