‘God is closer to you than your jugular vein’ 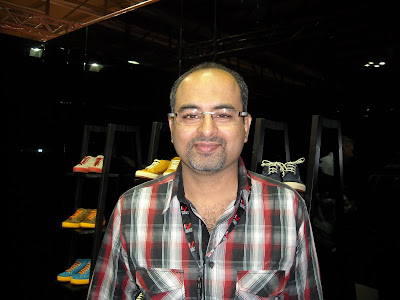 Businessman Akbar Shetranjiwala prays directly to God. He says that Prophet Mohammad is only a messenger

Five months ago, Pune-based shoe shop-owner Akbar Shetranjiwala had such a severe back pain that he had to be hospitalised. An MRI scan revealed that Akbar’s lumbar nerves, which lead to the vertebrae, were 95 per cent damaged. Doctors suggested a surgery on the spine; otherwise, there was a chance of a permanent paralysis.

“When I was given the news I fainted, and my blood pressure shot up,” says Akbar. “Operating on the spine is a very risky affair.”

Afraid of a surgery, Akbar consulted many doctors, but to no avail. Bed-ridden for three months, he prayed hard for a solution. One day, a customer, who wore a plaster cast on his leg, came into the shop. Akbar’s brother, Mansoor, told the man about the back problems of his sibling. The customer said, “I beg of you to go and see my doctor, Dr. Vilas Jog.”

Akbar went and met Jog. The doctor told him that if he did one exercise regularly, there was every chance of improvement. It was a simple one. Akbar had to lie on his back and pull one knee up to his chest. Thereafter, he had to do the same with the other knee. A couple of months later, Akbar improved so much that there was no need for an operation. “I regard my meeting with Dr. Jog as God’s intervention in my life,” says Akbar.

So, was he angry with God over all what had happened? Akbar smiles, takes out his mobile phone, and says, “I got an interesting SMS recently. It is a quote in Urdu by the saint Hazrat Ali.” He reads it aloud: “Question: Kaise maloom kare ki insaan par aane wali museebhat saaza hai ki aazmaish? (How do you know whether a misfortune that has befallen you is a curse or a blessing?) Answer: Jo museebaat Allah se door kare, woh saaza hai. Jo Allah se kareeb kare, woh aazmaish hai. (If a misfortune draws you away from God, it is a curse. If it brings you closer, it is a blessing.)”

Akbar admits that the adversity has brought him nearer to God. “I have started reading the Koran daily,” he says. “It has made me more spiritual and helped me to counter the temptations of wine, women and song.”

When Akbar closes his eyes, like any true Muslim, he does not see any image of God. “All religions, including Hinduism, say that God is omnipotent and has no form,” he says. “The moment you embody Him in an idol or a statue he cannot be called a God.”

And it is also for this reason that he prefers to pray to God, rather than Prophet Mohammad. “The word ‘prophet’ means a messenger of God,” says Akbar. “God has asked that we pray directly to Him. He said, ‘I am closer to you than your jugular vein.’”

Asked to prove that God exists, he says, “I cannot do that. On the other hand, can you prove to me that He does not exist?”

He says that the problem with the Charles Darwin theory of evolution is that the naturalist did not explain who made the first amoeba or molecule. “Somebody has to create it,” he says. “For me, that 'somebody' is God.”