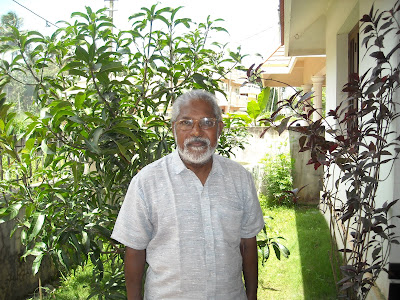 Fr. Joseph Palayoor, who has spent fifteen years in Orissa’s Kandhamal district, talks about the 'before' and 'after' of the anti-Christian riots of 2008

On the day I met Fr. Joseph Palayoor, at Kochi, I showed him a newspaper report that appeared that morning. It stated that 12 men had got rigorous imprisonment for five years for participating in the anti-Christian riots at Kandhamal, Orissa, in 2008, while 75 others were acquitted.

Joseph, who has spent 45 years in Orissa, and 15 in the Kandhamal district, gives a sad smile and says, “This is just a drop in the ocean, in terms of justice. There were thousands of people involved. It was a pre-planned attack. There was a simultaneous looting, arson, and killing in five villages of Kandhamal. More than 100 Christians died.”

As is well known, the riots were triggered by the killing of Vishwa Hindu Parishad (VHP) leader Laxmananda Saraswati, 80, by unknown assailants in August 2008. Joseph remembers Saraswati well. In 1989, he held a rally in Padangi village, in Kandhamal district, where Joseph was the parish priest.

“Addressing the audience, Laxmananda said, ‘Go and destroy the church. Kill the priest. We are with you,’” says Joseph. “It was terrible that an Indian citizen was saying this about another. He had been running this hate campaign for over 20 years.”

Laxmananda would often tell the villagers that India is for Hindus, and nobody else should live here. “He promised the villagers they would receive government and police support if they attacked the Christians,” says Joseph. “These innocent, poor, and uneducated people were brain-washed.”

And the inevitable happened. In 1989, 17 churches were burnt. The Christians, along with Raphael Cheenath, the Archbishop of Cuttack-Bhubaneshwar, made a representation to the Governor S. Nurul Hasan. He promptly sent security forces to the affected areas.

“It was a long-term agenda of the VHP to target the Christians,” says Joseph. “So, I was not surprised when the riots took place in 2008.”

More than 25,000 people were displaced and their houses burnt down. “Many Christians have tried to come back, but the Hindus have resisted,” says Joseph. “They have been told that unless they reconvert, they will not be allowed to regain possession of their land.”

Joseph remembers the case of his friend, Sisiro Digal, 55, a farmer. A Christian, Sisiro had half an acre of land in Kathingia village, where the majority of the residents are Hindus.

“During the riots, his house was demolished,” says Joseph. It was a cement structure, with a roof made of asbestos sheets. Sisiro had to flee with his family. He has not been allowed to return. Instead, he has been forced to purchase a small patch of land in another village, and is trying to build a house.

In tribal-dominated Kandhamal district, more than 60 per cent are Christians. Joseph has an explanation about why so many tribals have embraced Christianity.

“The high caste people have been exploiting the poor for hundreds of years,” he says. “There was so much of injustice. When these people became Christians they experienced a sense of liberation, after centuries of feudalism.”

What has also helped was the good work done by the priests. “The tribals are aware that we will never exploit or cheat them,” says Joseph, a member of the Congregation of the Mission, St. Vincent De Paul. “They know that we are working for their good. That is why they have accepted us wholeheartedly. They are now able to lead dignified lives and their children are able to get a good education.”

At this moment, it is peaceful in Kandhamal. But Joseph is not sure whether the VHP and other Hindutva organizations are planning another attack. “It might happen again,” he says.

Interestingly, for Joseph, the most distressing aspect of the riots was the way the priests and nuns fled before the rioters arrived. “It was a moral failure on their part,” he says. “Except for the nuns of one convent, Daughters of Charity, all the rest ran away. They should have stood with the tribals. When the priests and nuns left, the people felt let-down. They had lost their leaders.”

Joseph was also disappointed by the leadership shown by Orissa Chief Minister Navin Patnaik. “Patnaik was indifferent when the riots were taking place,” he says. “He should have been proactive. Instead, he did nothing to stop the violence.”

When asked for a suggestion to heal the rift between Hindus and Christians, Fr. Joseph says a cultural exchange would be a good idea. “A group of Hindu leaders from Kandhamal could be brought to Kerala so that they can see for themselves the prevalent religious amity,” he says. “They will be able to see how a temple, a church, and the mosque can operate side by side peacefully. Hopefully, they will understand that communal harmony is the best way forward for our diverse country.”