Sexual power to the fore 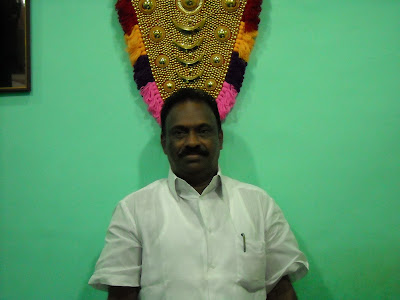 Dr. K.C. Abraham, managing director of Kunnath Pharmaceuticals, talks about how Musli Power X-Tra is the fastest selling aphrodisiac in Kerala. It also has numerous other medicinal benefits

On a Friday evening, Dr. K.C. Abraham, the managing director of Kunnath Pharmaceuticals, is busyness personified. An assistant comes with a series of contracts that need to be signed. Abraham is hiring marketing managers and salesmen all over India.

He is also checking through the daily mail, as well as answering phone calls, meeting visitors, and arranging his flight tickets to Johannesburg, where he will attend the Champions League T20 tournament.

“We are sponsoring the Wayamba Elevens, of Sri Lanka,” he says. The words, ‘Musli Power X-tra’ will be printed on the back and the front of the T-shirt, as well as the caps of the players. “This deal has cost me a few crores of rupees,” he says.

For those who don’t know, Musli Power X-tra is the fastest selling aphrodisiac in Kerala and in urban centres like Delhi, Mumbai, and Bangalore. The company had a turnover of Rs 45 lakh in 2005. Today it is Rs 45 crore and Abraham is aiming for Rs 400 crore this year.

Essentially, the product has an ayurveda ingredient called safed musli which increases sexual prowess. “After taking the prescribed dosage you will feel very energetic,” he says. “You will last longer and enjoy sex more.”

Abraham says that he has been using the product for the past seven years. “Unlike Viagra, there are no side-effects,” he says. “This is taken from plants.”

He says he was motivated to make an aphrodisiac when he read newspaper reports that when people used Viagra, over a long period of time, they suffered from health problems. A few men even died.

Not surprisingly, when Musli Power X-tra was launched in the Delhi market, Pfizer, the manufacturers of Viagra, took him to court saying that the product contains steroids and is harmful. “But it has been tested by many state and central agencies,” says Abraham. He showed certificates from the Drug Control Laboratory in Maharashtra, Kerala and Gujarat, which confirmed that there were no steroids present in Musli capsules.

Later, at a medicine shop at Kadavanthra, Kochi, where I had gone to buy an eye-drop solution, I spotted the distinctive gold coloured Musli X-Tra packets. When asked about the sale, the shopkeeper says, “Very good movement. Lots of men are buying it.”

It is not easy on the pocket, though. A packet, which contains 30 capsules, cost Rs 750, for 60, it is Rs 1400, while for 90 capsules it is a whopping Rs 2000. Abraham suggests that a person should take two capsules every day for 45 days and the effects will last for a few years. He says that from 18 to 80, people have been taking it with great results.

There are some who have failed on their wedding night. “So they have the capsules and call me to say they are saved,” says Abraham.

Then there are men who have reached middle age and have lost their sexual prowess. “When they have Musli they become ten years younger,” he says. He guarantees that the same impact is there for women also. “The ladies become interested in sex once again,” says Abraham. “So this is good for a couple.”

Recently, Krishna Prasad, a customer from Mumbai sent a mail to Abraham: “I got your medicine through a friend of mine in Kochi. The result is tremendous.”

One reason for the high sales is because of the widespread sexual problems afflicting man. “More than 60 per cent of the men in the world suffer from partial or complete impotence, and premature ejaculation,” says Abraham. The pill also helps those who have a low sperm count, heart and kidney problems and Aids patients. “It brightens their chances for survival,” he says.

However, Abraham also had to fight a hard battle to survive. “In any field, if you are successful, you will have enemies,” says the businessman. “Too many people have attacked me.”

But he said that the main obstacle have been the bureaucrats. “When I tell them I am paying so much of tax and the government is earning so much of revenue, they said, ‘What do we gain if the government earns tax?’ Unfortunately, they are asking for bribes in crores of rupees.”

Anyway, thanks to Musli power, Abraham has been able to surmount all obstacles and is laughing all the way to the bank.