‘Problems are a reminder by God to remember Him’ 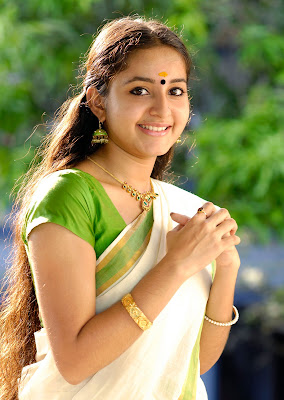 Actor Bhamaa says that when there are no troubles in life, we tend to forget God. She always asks for God’s grace to flow through her life

When actor Bhamaa was looking for a place to stay, at Kochi, the most important criteria for her was that the flat should be near a temple. Eventually, she bought an apartment near the Thrikkakara temple at Kochi. “I like to awaken in the mornings hearing the devotional songs from the temple,” says Bhamaa.

At 6 a.m., she goes to the temple. “This is the time when the mind is fresh,” she says. Unusually, Bhamaa does not pray. “I just want to feel the presence of God,” she says. “In all temples there is an abundance of positive energy.”

Bhamaa admits that when she was younger she would have a long list of wants that she would express to God. But all that changed when she met the late director A.K. Lohitadas, who gave Bhamaa her first break in the film ‘Nivedyam’ in 2007.

“Lohitadas Sir said that God knows everything about you -- all your dreams and desires,” she says. “So there is no need to tell Him what you want. You should just ask for a good life. In fact, Sir gave me this prayer: ‘In my thinking and attitude, the grace of God should shine through me.’”

When Bhamaa closes her eyes to pray she sees the word ‘Om’. It is in bright yellow and surrounded by flames. On other occasions, she sees the image of her favourite God, Lord Ganapathi.

“He is brown in colour and has a long trunk,” she says. “Unlike Lord Krishna, who has the look of a naughty young boy, there is no expression on Lord Ganapathi’s face. I don’t know whether he is happy or angry. I have a respect and fear for all the gods, but I have always felt comfortable with Lord Ganapathi. I regard him as a friend.”

Another deity, whom she regards as a friend, is the Goddess Mookambika, whose temple is located at Kollur in Karnataka. It is said that Advaita philosopher Adi Shankara had himself installed the idol 1200 years ago.

“Mookambika Devi is regarded as the goddess of the arts,” says Bhamaa. “Most of the artistes go there to pray. And ever since I joined the film industry, I have always sought the help of Mookambika.”

In fact, just before shooting begins, she touches a locket of Mookambika, which is placed in her handbag.

So, does she get angry with the goddess or with Lord Ganapathi when bad things happen? “Not at all,” says Bhamaa. “I know that it is because of my negative actions that bad events have taken place. But on rare occasions I do question God about why a particular incident took place. But later I realise that it is for my good. If life is smooth and there are no troubles, then we tend to forget God. So, problems are God's way to remind us that we should remember Him.”