From Libya with love and sorrow 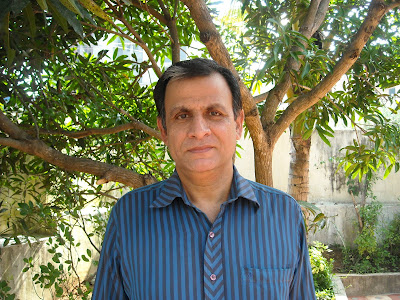 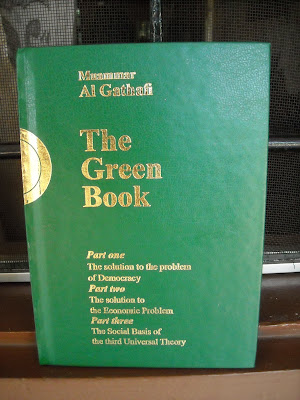 Prof. M.T. Thomas, who taught English at the University of Gharyan, has just returned to Kochi and recounts his experiences

One morning, in the village of Kekela, in Libya, Professor M.T. Thomas heard the sound of firecrackers outside his home. He went to the gate to see what was happening. Immediately, his Egyptian colleague, Dr. Mohammad Al Samahi, shouted, “Come back, come back.”

When Thomas retreated inside, Al Samahi told him “That was the sound of firing.” Later, Thomas came to know that four people had been killed by the security forces during the only protest in the village. Incidentally, Kekela is 200 kms from the capital, Tripoli.

But the astonishing development was that, within 20 minutes of the incident, the news was broadcast on Al-Jazeera TV. “Thanks to modern technology, Colonel Moammer Gadaffi cannot do anything in Libya without the world knowing,” says Thomas. “Al Jazeera, with its non-stop coverage, will bring down the government in Libya, just as it did in Tunisia and Egypt.”

Thomas has been teaching English for the past three years at the University of Gharyan. And on the very first day of the protests, February 15, when he went to class, one of the students, Basma Sulaiman, 19, said, “Teacher, this is like a virus. It started in Tunisia, then it went to Egypt and now protests are taking place in Libya. Do you have such demonstrations in India?”

It was an awkward moment for Thomas. University authorities had expressly forbidden him to talk about politics. “This was the first time a student had asked a question like this,” he says. In order to avoid giving an answer Thomas excused himself and went outside the classroom. When he returned, a few minutes later, he began teaching.

“On that day, the students were excited about what was happening,” he says. “They felt that things would work to their advantage, in the way it did in the other countries.” Unfortunately, the next day the university was closed, and the students went home.

And Thomas had to grapple with the news of his close friend Ibrahim. A teacher of English, he was also an Imam of a nearby mosque, who dabbled in politics. “He was a kind and hospitable man,” says Thomas. “I went to his house a few times.”

One evening the security forces barged into Ibrahim's home. The imam was not there, but one son was shot dead, while the other was injured.

Thomas waited for two weeks in the hope that the situation would improve, but it got worse. Dr. Al Salahi told him, “In Libya, if the protests start, it will not stop.”
So Thomas decided to leave for Tripoli with his Indian colleague, Dr. Jagir and his wife, Sulekha, on March 1.

They travelled in a Mazda taxi on the highway. “There were frequent checkpoints,” says Thomas. “There were large battle tanks and anti-aircraft guns. Everybody was carrying weapons like AK-47s. It was frightening.”

But at most checkpoints when the security forces saw Sulekha, who was sitting on the front seat, they were waved through. “The Libyans are very fond of Indians,” he says. “I also liked them a lot. They are nice people. I really wanted to stay on.”

At the Indian Embassy, they were provided with free Air India tickets. Then an Embassy bus took them to the airport. When they landed in New Delhi, they stayed at the Kerala government guest house. On March 2, Thomas took the evening flight to Kochi. “All our expenses were paid for by the Indian government,” he says. “They did a good job.”

At his house in Kakannad, Kochi, Thomas, a former professor of the Bharat Mata College, looks relaxed. He shows me the 'Green Book, which contain the sayings of Gadaffi. In a recent speech, which was telecast worldwide, the Libyan leader had waved the book about and spoken at length from it.

Here are some quotes from the book: 'The family is first and foremost the basis of the life of individuals. Inequality of wealth is unacceptable. Natural law is the logical law for man.'

Asked to explain how Gadaffi managed to rule the country for 41 years, Thomas says, “Libyans wanted a leader who was a war hero – somebody who could take on the Americans and the Israelis. Gadaffi did both.” And, of course, he quashed any signs of opposition with brute force.