Northerners’ view of the South 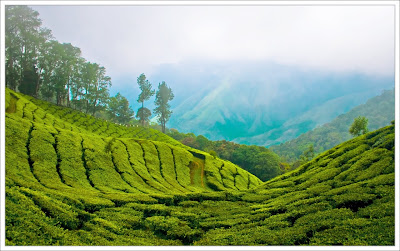 Manish Tripathi has a toy-making plant in Angamaly (40 kms from Kochi). There are 250 workers and four unions. “These unions cause problems all the time,” he says. “In essence, all 250 of them feel that they are a leader.”

There have been occasional shut-downs, but Manish is holding on. “The unions are against entrepreneurs like myself,” he says. “They have not been able to look at the larger picture. If they are practical, a lot more investment will come into the state and there will be more jobs and a higher standard of living.”

Manish blames it on the inward-looking nature of the Malayali. “He does not think that there is a world outside the state,” he says.

Last year, when Manish wanted to open another plant, he had no hesitation in doing so in Tamil Nadu. “It is much easier there,” he says. “I have no problems with the workers.”

Incidentally, Manish's parents came to Kochi from Ahmedabad in the 1960s. “I grew up in Kochi,” says Manish, 43. “But I am not fluent in speaking Malayalam. Nevertheless, I love living in Kerala.” But he says that he is taken aback by the rampant consumerism of the Malayalis and their obsession to keep up with their neighbours. “If a neighbour has a more expensive car they will try to buy it, even though they cannot afford it,” he says. “Most Malayalis are living beyond their means.”

But when a Malayali falls into a financial hole, he will not seek support, not even from his own brothers or sisters. “They do not want people to know about their shortcomings,” says industrialist S. S. Agarwal. “If there are financial problems, they will not ask anybody for help.”

There is a tragic fall-out to this suppression. “Eventually, the burden becomes too much to bear, and the Malayali commits suicide,” he says. “I am not surprised that the state has the highest rate of suicide in the country.”

Anita Sharma, 42, a senior IT manager, says that the people have a suspicious nature. “I find it difficult to be friends with them,” she says. “They are not transparent and open-hearted. And what is most disappointing is that despite being so highly educated, the dowry system exists in Kerala also.”

Nonetheless, there are many positive aspects. “Malayalis are neat and clean,” says Agarwal. “There is far less criminality here than in north India. We are safe in Kerala, than in any other place in India.”

Apart from being peace-loving, Malayalis are open-minded. “For centuries every race and religion has co-existed peacefully in Kerala,” says Manish. “Kerala must be the only place on earth where the Jews were not ill-treated. As a North-Indian I have never faced any discrimination.”

For most of them, being a north Indian in Kerala has its advantages. “When we seek help from the local administration or the state government, we are made to feel more welcome than the locals,” says Agarwal. “The reason is that we talk freely and frankly. They find this refreshing, and grant our requests easily.”

Of course, many North Indians are puzzled by the great mystery of why Malayalis do stupendously well when they go outside the state. “They have brain power and an enormous capacity for hard work,” says Agarwal. “That is the reason behind their success.”

Interestingly, Agarwal, who has factories in other states, always hires Malayalis outside. “They are an asset to my company,” he says.

Clearly, it is the environment in Kerala which has sapped the spirit of the people. “Malayalis have natural entrepreneurial talent, but it has been crushed in Kerala,” says Manish. Anita says that the dominance of unions in the economy has created a lasting damage. “The image of Kerala as a place where you cannot do business is well-known,” she says.

Eventually, it all boils down to the politicians. “They have been a failure,” says Manish. “In the past 25 years, none of them have shown a long-time vision for the state. Every time a government comes into power they spent four years of their tenure fighting among themselves.”

Agarwal is even more forthright. “The government makes a lot of statements in the press, but nothing really happens in the end,” he says.