'The Church wants a non-antagonistic government' 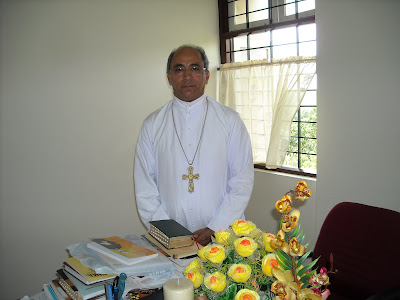 “The relationship between the government and the church has been strained for the past few years,” says Catholic Bishop Bosco Puthur. “The government wanted us to sign an agreement where they would get 50 per cent of the seats in the various courses for all self-financing institutions.”

The Church had refused to sign because it was an infringement of minority rights. “The Supreme Court ruled in our favour,” says Puthur. “However, one minister said, ‘Even if you win the case, you should remember that you are in Kerala.’ It was a statement that was an affront to the Constitution of India. This sort of threat was not expected from a responsible government representative.”

So Puthur is hoping that the next government will have a friendly and co-operative relationship with the different communities in Kerala. “What we desire is a non-antagonistic government,” he says.

The church also wants a corruption-free and development-oriented government, which takes care of the poor and the downtrodden. Unfortunately, development projects are stymied by politicisation. “The question is not whether a project is good for the people or not, but whether it is beneficial for the party,” he says.

The party’s influence is palpable at all levels of society. “Suppose, somebody wants to start a small industry,” says Puthur. “Unless he has political connections, and pays bribes, he will not get a license. This corruption has become entrenched in Kerala.”

And Puthur is alarmed by it. “Whereever you go, be it the village, corporation, local bodies or government offices, people have to pay bribes to get their work done,” he says. “This corruption is a blight on our society. Something needs to be done.”

Asked to evaluate Chief Minister V.S. Achuthanandan's term, Puthur says, “Infighting harmed his effectiveness, but he did try to put a check on corruption within the government and the party. Inspite of his advanced age, Achuthanandan made an effort to start some projects.”

Overall, the bishop is worried by the state of society. “Owing to a lack of job opportunities and a merit-based system, most of our talented youngsters are studying and working outside Kerala,” says Puthur. “In the long run, this will have a negative impact on the state. And many homes will continue to be old-age homes, where parents stay all alone.”