The End Of Life 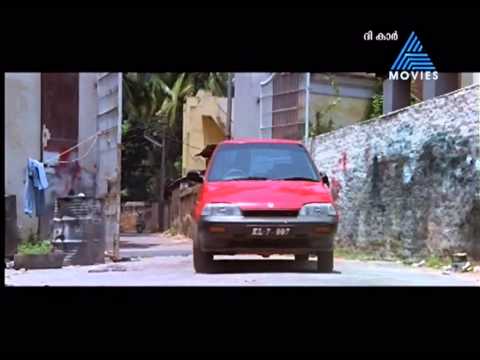 Director Shafi talks about his experiences in 'The Car', 'Two Countries' and ‘Marykkundoru Kunjaadu’

Photos: Director Shafi; the vehicle used in the film, "The Car'

The four friends were in a good mood. The post-production work of the film, ‘The Car’ (1997) at Chennai had just been completed. Now they were ready to take the final print back to Thiruvananthapuram. The group included associate directors Santhosh and Shafi, producer Ajit, and assistant director Sujith. They would be travelling back in the same red Maruti car that was used in the film.

But Shafi had a change of plan. Since he had to go to his hometown of Kochi, he did not want to go by car. “The thought of taking a bus or train from Thiruvananthapuram to Kochi made me opt out,” says Shafi. Since he had already bought a train ticket, his friends did not insist too much, although they did suggest that they could go via Kochi. In the end, Shafi bid his friends goodbye and went by train.

The next day when Shafi reached home he received a telephone call informing him that his colleagues had been involved in an accident at Madurai. A lorry had hit the car. “Santhosh [29] and Ajit [30] died on the spot,” says Shafi. “Sujith was in hospital.” In the end, he would take three months to recover.

Two months after the tragedy, Shafi went to Saritha theatre at Kochi to see the premiere show. “It was a difficult moment,” he says. “While the audience laughed at the many comic moments in the film, involving Jayaram and Janardhanan, I was crying inside.”

And he suffers from painful regrets ever since. “Maybe, if I went with them, we might have taken a different route, and come to Kochi,” says Shafi. “And no accident would have taken place. Or, it could be that I would have also died.”

For Shafi, there have been other distressing moments, too. During the shoot of his latest hit, ‘Two Countries’, Shafi again encountered death. One of the camera assistants, Sreejith was a young fellow with wildly growing hair, in the manner of Bollywood actor Makarand Deshpande. “All of us called him ‘Django’,” says Shafi. “But one day, he no longer came to the set.”

Later, Shafi came to know that he had committed suicide. In fact, just before Sreejith killed himself, he had posted messages on Whatsapp and Facebook stating that his life was coming to an end. “It seemed a love affair did not work out,” says Shafi. “All of us on the set felt very sad about what had happened.”

Apart from deaths, there have been accidents, too. During the shoot of ‘Marykkundoru Kunjaadu’ at Thodupuzha, in October, 2010, there is a scene where Biju Menon is abducted and taken in a van. In the van, there is a fight between him and the villain. While this is going on, the van is supposed to veer from left to right and back again. The shoot was done on a road beside a canal.

“It was a long shot,” says Shafi. However, when the van was steered to the right, the driver lost control. The van did two somersaults before it landed in the water. Thankfully, there were no major injuries.

When the film was released, many people called Shafi and asked him why he hd done such a realistic stunt using the van. “I said this was not planned,” says Shafi. “An actual accident had taken place. Many were shocked when they heard this.”

(The New Indian Express, Kochi, Thiruvananthapuram and Kozhikode)
at January 13, 2016