When Usha Uthup Danced with Kalpana 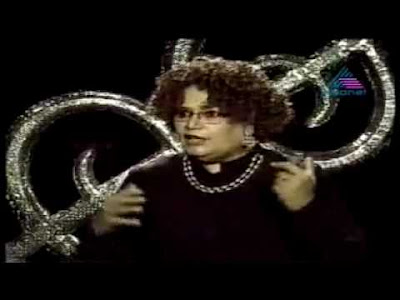 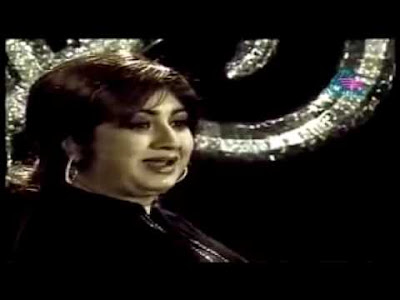 Veteran television producer Diana Silvester is in shock. Just two days ago, she had called Kalpana in Hyderabad. She asked the actress if she could attend the inauguration of the new building of the St. Joseph's Bethlehem Church at Chullickal, Kochi, on January 30.

Kalpana promised to get permission from the producer of the Telugu film she was working on. Meanwhile, singer Usha Uthup had already agreed to attend. There is a reason behind the request: at the function, Diana is planning to play the video of the hit song, ‘Palavattam’, which had been sung by Usha. She had also danced with Kalpana for the shoot.

Here's a flashback: at a television studio, in Kochi, on a day in August, 2008, it is difficult to recognise Usha. She is wearing a wig of brown curls and a body-length black gown as well as a dazzling golden necklace.

Standing next to her, in black top and jeans and boots, topped by a black wig, is Kalpana.

Usha and Kalpana move their hands and shake their bodies from side to side, in rhythm to the beat of 'Palavattam', which is being played over the speaker system.

There is an easy camaraderie between Kalpana and Usha. When Kalpana does some quicksilver moves on the dance floor, Usha, who is watching from the sidelines, shouts, “You are a rock star!”

When Usha says, in mock protest, to Diana, “I don’t want to dance next to Kalpana, she makes me look old,” the actress crooks her finger and says, “Come here, little girl.”

During a break in the shooting, Kalpana says this is the first time she is acting for an album song. “The biggest plus is the dynamic voice of Usha Didi,” she says. “And to act with her is a second big plus. Lastly, the director is a lady. So, this song is a collaboration of three women.”

Later, hands-on director Diana keeps coming onto the set from the control room and says, “Kalpana, your lip movements are not synchronising with the lyrics,” or “the expression is not precise.” Kalpana always takes this in a sporting spirit and is ready to do, take after take, to get it right.

As for the song, it has a thumping beat and soaring above it, is the rich velvety voice of Usha. "Who can resist swaying to this song?" says Kalpana, with a smile.

So, it is sad to know that death has snatched away this effervescent actress on the cusp of middle age. Or, as Usha says, from a recording studio at Kolkata, “It was heart-breaking for me to hear the news.”