The State Of Being Stateless 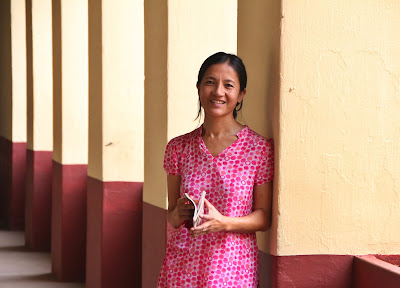 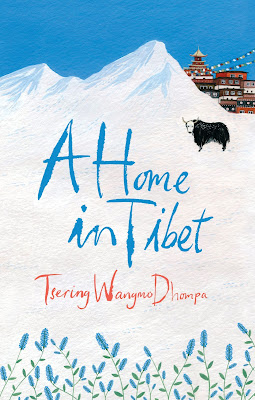 The first female Tibetan poet in English, Tsering Wangmo Dhompa, reflects on life in Tibet and outside

Photo of Tsering Wangmo Dhompa is by Albin Mathew

In 1994, Tsering Wangmo Dhompa went from Kathmandu to Nangchen in East Tibet, to meet her aunt Parchen, as well as her cousins. Her aunt had recently been freed after being imprisoned for 20 years. Her husband had been a part of the resistance movement against the Chinese. He was killed and Parchen was jailed, for being his wife.

And very often, they would do physical labour. One day, the Chinese authorities made the prisoners dig a part of a hillside. As Parchen was doing so, she saw several dogs running around. And she thought, 'How lucky the dogs are.'

“It was a moving moment for me,” says Tsering, who is the first female Tibetan poet in English. “Parchen did not feel bitter. She would laugh and sometimes cry when she recounted her experiences.”

Later, when Tsering went to the capital, Lhasa, she was taken aback by the presence of a large number of policemen and the near-total surveillance. “That feeling of always being watched is a terrifying experience,” says Tsering. “Tibet is under occupation. It remains a burning issue.”

In Lhasa, today, the Chinese now outnumber the Tibetans. The younger Tibetans have no option, but to study at Chinese universities. “Unfortunately, they feel marginalised, because they are not treated as equals,” says Tsering, whose parents fled to India in 1959. “But such experiences has helped them to develop a sense of identity.”

Later, Tsering made three more trips to Tibet, with the last one taking place in 2009. Her journeys laid the seeds for her well-received non-fiction book, 'A Home In Tibet', which was published by Penguin India in 2013. “When I was growing up, I read books on Tibet, but they were by Westerners,” she says. “I wanted to read a book by a Tibetan who lived outside, but could also be on the inside. So I thought I would write such a book targeted towards young Tibetans who are in exile.”

Here is an extract which reflects the pain of exile: ‘The flowers in Tibet were always taller, more fragrant and vivid. My mother's descriptions, imprecise but unchanging, from year to year, had led me to an inevitable acceptance that her past was unequalled by our present lives.

'She would tell me of the knee-deep fields of purple, red and white, that over time served to create an idea of her fatherland, as a riotous garden.'

Tsering had recently come to Kochi, at the invitation of the Kochi chapter of Friends of Tibet, to interact with literature students at the St. Albert's and Union Christian Colleges. She read a few of her poems, and gave them an idea of life in Tibet. “The students asked many questions, because it was so far outside their experience,” she says.

One experience which all of them did not have is to live without a country. “To be stateless is painful,” says Tsering. “Initially, when I wanted to travel to the US, I had to apply for an identity certificate.” This is not a passport, but is recognised internationally. However, an explanation has to be given to every immigration officer about it. In India, Tsering had a refugee card which is issued by the central government. “It is like an identity card,” she says.

But Tsering has no problems living in India. “I was treated very well,” she says. “In my school [Wynberg Allen school at Mussoorie], and college [Lady Shri Ram at Delhi], I have never experienced any discrimination. But the sense of not being at home is an inner feeling. This happens, regardless of where you live.”

Today, Tsering is a naturalised US citizen and stays in San Francisco. She is a doctoral candidate at the University of California, Santa Cruz. And her subject is Tibetan nationalism and identity.

Thus far, Tsering has published three books of poetry: 'Rules of the House', (a finalist for the Asian Literary Awards in 2003), 'My Rice Tastes Like the Lake', and 'In the Absent Everyday'.

“In my poetry I have always returned to the idea of place, memory and story-telling,” she says. “Stories help people, who are stateless, to experience a sense of place.”