All Things Bright And Tasty 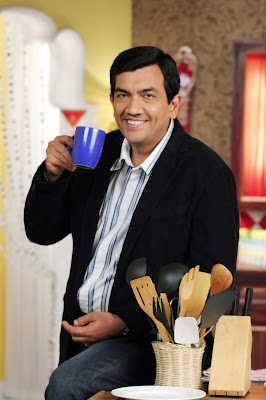 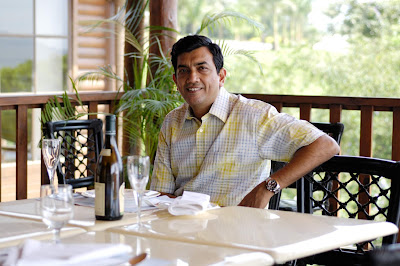 Chef Sanjeev Kapoor talks about his passion for food even as he inaugurates ‘The Yellow Chilli’ restaurant at the Lulu Mall, Kochi

It was their last shopping trip at the Lulu Mall, Kochi before Shyama from Chandigarh and her friend Insha from Jammu boarded the flight to Delhi. As they wandered around the Food Court, they suddenly saw celebrity chef Sanjeev Kapoor giving an interview in front of 'The Yellow Chilli' restaurant. They got very excited. Since the entrance was barred with a red rope, they called out to a manager who said he would not be able to interrupt the interview. But they replied that they had a flight to catch.

Thankfully, through the corner of his eye, Sanjeev saw them and waved for the duo to come over. They rushed up and shook the chef’s hand. Then they told him they were regular visitors at his Yellow Chill restaurants in their states. Selfies were taken with Sanjeev and the pair left with happy smiles on their faces.

It showed grace on Sanjeev's part. He had come to Kochi to officially inaugurate the restaurant on July 9. But the restaurant had a soft launch in November 2017. “It is doing very well,” says sales manager G. Anil Kumar. “Our clientele consists of North Indians who live in Kochi as well as many affluent Malayalis. We also have many Mollywood stars like Asif Ali as our customers.”

The reviews have been positive. Says a visitor Priyanka Bose: ‘The flavours are very Indian, earthy and simply delicious. I wanted to try more of the main course, so, feasted on the uber-popular Lalla Mussa Dal, Meen Moilee and Fish Caldine (satisfied my affection to fish, totally!), Prawn Hara Masala (must-try) with Lachcha Paratha and the fancy Tomato Cheese Naan.’

Asked whether 'The Yellow Chilli' is different in Kochi, as compared to the 70 other Chilli restaurants worldwide, Sanjeev says, “We don’t want it to be different. But we would also like to use local ingredients, because the food has to be fresh. However, some ingredients are used everywhere. For example, turmeric, which is supplied to our Santa Clara restaurant in the USA, in Mumbai and Kochi is probably from Salem.”

Interestingly, he says, there is a common taste all over the country. “India’s taste is khatta (sour), meeta (sweet), tikka (chilly) and namkeen (salty)," he says. “A combination of this can be seen across all states.”

Sanjeev elaborates further: “Everybody uses the same chilly, turmeric, ginger and coriander. Only the proportions are different. You may use mustard oil in north India, while in Kerala it is coconut oil.”

Sanjeev is also a fan of Kerala cuisine. “It is the birthplace of spices and has perfumed not only India but the world,” he says. “There is a lot of seafood, coconut and rice, as well as Malabar parathas. There is also a sweet pasta called aada, a mixture of jaggery and coconut.”

The food of the Syrian Christians has Portuguese and Dutch influences. “Because of that it is unique, and has its own rich heritage,” says Sanjeev.

Sanjeev is one of India’s most famous chefs. His long-running TV show ‘Khana Khazana’ has been broadcast in 120 countries and has more than 500 million viewers. He also launched his own Food Food channel, in January 2011.

Asked the reasons behind his success, Sanjeev says, “You have to apply your skills, surround it with knowledge, have a great value system, which includes honesty. Don't harm anybody. Be disciplined, truthful, and think positively all the time.”

And you must take advantage of opportunities. “Opportunity knocks on the door for all people,” he says. “Some people open the door, while other's don't. Those who open the door have a better chance of success.”

Like most people, Sanjeev accidentally fell into a profession that he loves dearly. “I wanted to do something different,” he says. And unlike most people, he was successful from the very start. At the age of just 28, he won the Best Executive Chef of India Award given by the Indian Federation of Culinary Associations at an award ceremony at Geneva. He has also brought out many cookbooks. And in 2017, he was awarded the Padma Shri.

(The New Indian Express, Kochi, Thiruvananthapuram and Kozhikode)
at July 21, 2018