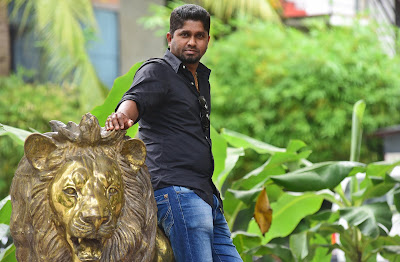 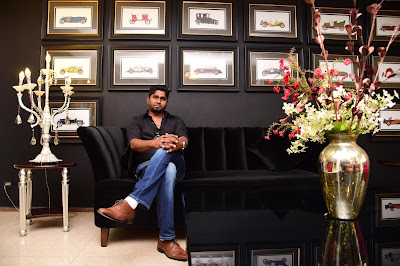 On May 10, last year, the Toronto-based Ajeesh Rajendran was at the Niagara Falls, on the border between the USA and Canada. It was a cold and rainy day. He was waiting patiently for a Volvo bus which soon arrived from the USA. In it were Mollywood stars like Dileep, his wife Kavya Madhavan, Namitha Pramod, comic stars Ramesh Pisharady and Dharmajan Bolgatty, director Nadir Shah and the singer Rimi Tomy.

Ajeesh, who is the founder/CEO of the Toronto-based Blue Sapphire Entertainment Inc was organising a show with these stars. “It was my first time with them,” he says. “So I was feeling excited as well as apprehensive.”

But the apprehensions proved to be short-lived. “When they stepped out of the bus, they were all smiles and very friendly,” says Ajeesh.

Meanwhile, at the hotel where they were put up, Ajeesh asked the chef to prepare a big lunch, with many dishes. But he was taken aback when Kavya and Rimy made a suggestion. “Could you provide Kerala-style kanji (rice gruel), payar (beans) and chamandi (coconut chutney) said Kavya. “We have been on the road for a long time and are missing our home food.” Soon, all the other artists wanted the same thing.

Ajeesh complied quickly. Eventually, the 'Dileep Show 2017'at Toronto was a big hit. “In May, this year, [dancer and actor] Shobana gave a sold-out performance with the 'Trance' dance show,” says Ajeesh, while on a visit to Kochi. “I had brought her in 2015 also.” In 2016, Ajeesh held a successful show called 'To Laleetan by Sreekuttan'. Singer MG Sreekumar sang songs in which superstar Mohanlal had been featured in over three decades of acting.

Ajeesh, who is originally from Kollam, moved to Canada in December, 2012 when his wife gained a permanent residency permit. After doing small jobs here and there, he decided to embark as a show business entrepreneur. “I had acted in bit roles in Malayalam films for a long time, so it felt natural to gravitate to show business,” he says.

At this moment, Ajeesh is working hard to establish the Toronto International South Asian Film Awards (TISAFA). “It will be a celebration of South Asian talent,” he says. “All the Tamil and Malayalam films which were released between January 1 to December 31, 2017, have been eligible. Online voting was conducted from April 1 to May 15.”

Thereafter, a shortlist has been prepared, and a judging panel has just announced the winners in 24 categories like Best Film/Actor/Actress/Director/Screenplay/Cinematographer and so on. The award ceremony will take place in October.

The other day Ajeesh met actor/director Shoubin Shahir at a hotel in Kattapana (130 kms from Kochi) where the latter was shooting for the film 'Ambili'.

Ajeesh wanted to invite Shoubin to take part in TISAFA in October. Shoubin had won the Best Debut Director award for the film 'Parava'.

“Shoubin told me that this was the first time an organiser had personally invited him for an awards function,” says Ajeesh. “He told me he would come and support my new venture. I felt very happy when he said this.”

Meanwhile, when asked about his target audience, Ajeesh says there are 40,000 Malayali families in Toronto. “Most of them are in the IT industry,” he says. “Apart from that, there are nurses, physiotherapists and people working in day-care centres.”

Most of them are happy in their new country. “Once you get a taste of the comfortable life in Toronto, you end up staying there,” he says. “There is plenty of individual freedom, especially for women, and there is safety in public spaces, backed up by a strong law and order set-up. In Kerala, there are many laws but nobody is following them.”

However much they are disappointed with their home state, Malayalis are still homesick, especially the first generation. So, they like to watch Mollywood music and dance shows as well as films. “The people see the films only on the weekends, as they are very busy from Monday to Friday,” says Ajeesh.

Meanwhile, Ajeesh is in expansion mode. He has got a two-hour weekly slot in a leading TV channel where he showcases the news as well the social and cultural activities of the Malayali community. “I am enjoying every moment,” says Ajeesh. “I could never imagine my life would turn out this way.”
at July 02, 2018