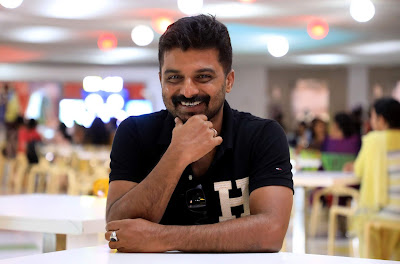 One day, actor Sudhi Koppa was told that a director was doing auditions at Ravipuram, Kochi. So he presented himself. But after performing a bit, the director Ajeesh Kumar (name changed) said that he did not suit the character. So Sudhi went away. Then a friend called and said that an audition was taking place in Thiruvananthapuram. “So I went there and discovered that it was Ajeesh,” says Sudhi. “He said, ‘I told you are not suitable.” Sudhi apologised and said that he did not know it was for the same film.

Then a few days later, another friend in Kochi called Sudhi and told him that a director was looking for new people. “I was informed at 8.30 p.m.,” says Sudhi. “By the time I reached the hotel, it was 9.30 p.m. Somebody asked me to wait. By the time I was allowed to go in, it was 10 p.m.”

But amazingly, it turned out to be Ajeesh again. He shouted at Sudhi and said, “What are you doing here?”

Sudhi replied, “Sir, I did not know it was for your film.”

Ajeesh looked at his associates and said, “This fellow comes everywhere. I told him no at Kochi, then he came to Thiruvananthapuram and now again he has come. Whenever I set up an audition he is there.”

Says a smiling Sudhi: “It was an embarrassing moment for me.”

Sudhi also felt embarrassed following the release of ‘Aaadu’ (2015) where he plays a character called Ganjavu Soman. “I stay in Palluruthy and wherever I went people would come up to me and whisper to me, “There is a shortage of ganja. Do you have some?”

Sudhi said, “No, I just acted as a peddler in the film.”

Sometimes, he would say, “No I don’t have. Do you have some?”

The men would reply, “Obviously, we don't have, that's why we asked you, Ganjavu Soman.”

Says Sudhi: “They were convinced I was a real-life peddler. It was hilarious.”

There were more fun moments on the sets of ‘Sapthamashree Thaskaraha’ (2014) where he plays a character who looks like a Bengali. At the location at Thrissur, Sudhi overheard a youth tell his friends, “These Bengalis have taken our jobs. Now they are taking our roles too.”

After the shot was over, Sudhi waved out to two friends of his. They looked at him puzzled. Nevertheless, they came up and then they realised it was Sudhi. “They looked completely shocked,” says Sudhi.

In 'Anuraga Karikkin Vellam' (2016), Sudhi played a character called Thangai. “The shooting took place near my home at Thoppumpady,” says Sudhi. “Most of the people know me.”

In the scene Sudhi is supposed to hit his wife Radhika (name changed). “As Thangai is hitting his wife, his mundu slips off,” says Sudhi. “I am supposed to carry on hitting my wife in my underwear.”

There were many takes. But Sudhi remained standing in his underwear only.

“My friends and neighbours came to have a chat,” he says. And Sudhi talked animatedly.

Finally, the film’s hero Biju Menon came up, and said, “The way you are talking it seems you are wearing a coat and trousers. But you are only wearing a underwear. Don't forget that.” Then Biju laughed.

Sudhi had a completely different experience on the sets of ‘Manglish’ (2014) at Kumbalangi.

“I had a scene opposite Mammooty,” says Sudhi. “But when I looked at him, I would remember his classic films like ‘Pazhassi Raja’ and 'Oru Vadakkan Veeragatha'.”

Sudhi’s specific job was to help Mammootty with the Kochi slang. “He knew it but I was there to help in case he needed some clarifications,” says Sudhi. When word went around that Sudhi was with Mammootty, his friends and relatives thronged the set.

At one point, Sudhi had stepped away. Suddenly, there was Mammooty’s voice on a megaphone saying, “Where is Sudhi Koppa? Koppa? Where are you? Come here.”

The people who knew Sudhi were stunned. “They realised that I was very close to Mammootty,” says Sudhi. “None of them knew that I was meeting the superstar for the first time. And when I came up to Mammootty Sir, he whispered something in my ears. Thanks to all this, I became a star with my neighbours and relatives.”

In ‘Paipin Chuvatile Pranayam’ (2017), Sudhi realised that acting can be physically very demanding. His character's name is Ayyappan. There is a scene where Ayyappan’s wife (played by Sruthy Jayan) is not well and he has to carry her for a distance of 50 metres to a boat on the river’s edge. “Shruthi weighs 55 kgs,” says Sudhi. “To lift her and carry her for a distance was not easy. And Shruthi kept twisting and turning to show her agony.”

Overall, Sudhi had to carry her 12 times, because of repeated takes. “In the end, I felt exhausted,” he says. “The next day my whole upper body was in pain and I could not move my arms at all.”

(The New Indian Express, Kochi, Thiruvananthapuram and Kozhikode)
at July 19, 2018