Getting too close and paying the price 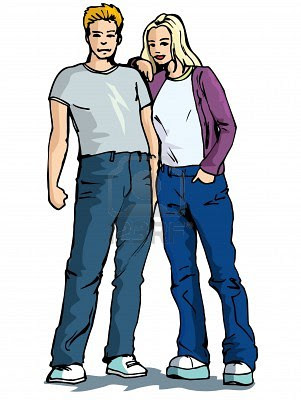 Teenage sex is on the increase, in Kochi, with disturbing consequences for young girls

“Ma, Reema is celebrating her birthday at the Oberon Mall,” says Manisha, to her mother, Sheela, a bank officer at 9 a.m. on a Saturday, a year ago. “Will have lunch and come back.”

“Okay,” says Sheela, as she hurriedly dabs lipstick, before she sets out for the MG Road branch at Kochi.

But Manisha, 15, has no birthday party to attend to. Instead, she is meeting Rahul, all of 25. Firstly, they are planning on seeing a film at the Cinemax, then lunch, and, thereafter, it is off to Rahul's parents' apartment. His father and mother lives in Dubai. Rahul is working in an IT firm in Kakkanad, and his weekends are free. Rahul has told the watchman that Manisha is his cousin sister, and so his suspicions have been allayed.

The sex has been going on for a while. “I always used the I-pill,” Manisha later tells psychologist Prakash Chandran. “But on days I forget, Rahul had no problem in using a condom. We have been careful.”

But what Manisha has not been careful about is her emotional reaction. She soon falls in love with Rahul and in her idle moments at home would slip into a reverie about marriage and children. Unfortunately, Rahul does not think along the same lines.

A couple of months ago, he breaks up with Manisha and is now friendly with another girl. Manisha has slipped into a deep depression. Very soon, her performance goes down in school. Her worried parents take her to the psychologist.

“Teenage sex is alarmingly on the increase,” says Prakash. “I know of a girl, Deepa, who is just 13 and is having sex with an eighteen-year-old.” It happened by accident. The elder sister, Prema, 18, had got friendly with Ramesh, 22. So, she took her younger sister along, for dates, so that their parents would not suspect.

Ramesh then introduced another friend, Soman to Deepa and they began an affair, which led to a sexual involvement for the teenager. As time went on, Prema broke up with Ramesh, but Deepa is still going strong.

“For the men it is just fun,” says Prakash. “When they get another girl, they will abandon the first. Slowly, girls will also develop the same attitude and that will be damaging in the long run, especially when they get married.”

At Prakash's clinic, a call comes on his mobile. It is yet another teenager, Rekha, 15, who wants to have a chat. In the course of the conversation, Rekha speaks about a pub in a well-known restaurant, where boys and girls get together to have drinks.
“There is drug-taking also,” she says. “My friends are regulars and there is a lot of kissing and hugging. Some of them later find places where they can have sex.”

On another day, the watchman at the entrance to the Gold Souk mall confirms that many youngsters, boys and girls, frequent the ‘Q’ multiplex, especially for the morning shows. “They seem to be romantically involved,” he says.

For all the romantic problems the teenagers are facing, Prakash blames the parents. “Most of them have blind belief,” he says. “You have to trust your children, but at the same time, you need to be vigilant. When your daughter goes to the mall, follow her and see what is happening. Is she really meeting her girlfriends or is it a boy? Even if your daughter gets upset, if she sees you, do remember you are trying to protect her life.”

One such father did follow his daughter and got a shock when he saw her holding hands with a man. He intervened. “We don't know how to be strict with the children,” says Prakash.

To top that, parents send out confused signals about values. “The father will say one thing and the mother will say the opposite,” says Prakash. “So, the children cannot distinguish between right and wrong.”

Prakash counsels parents to get far more involved in their children's lives. “They should be aware of their strengths and weaknesses,” he says. “Children should feel that there is love. Parents assume that by giving material gifts it is love. But that is not enough. Showing and giving love is far more important. It will prevent children from going down self-destructive paths.”