'Youthful India is the big bull of the world' 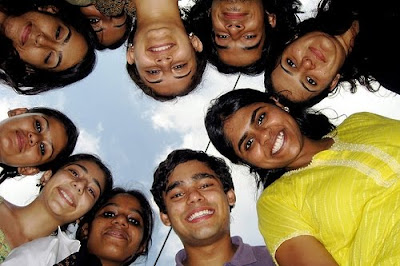 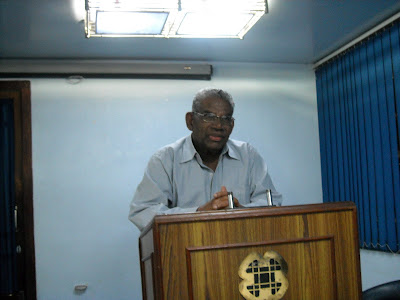 Says A.P. Kurian, the former Executive Trustee of the Unit Trust of India, and the chairman of Geojit BNP Paribas, in the ‘Thought Leadership’ lecture series at the Wednesday Club

In his speech, titled ‘India’s Ongoing Growth Story’, in the ‘Thought Leadership’ lecture series at the Wednesday Club, a forum which helps develop communication skills, A.P. Kurian, a former Executive Trustee of the Unit Trust of India and the chairman of Geojit BNP Paribas, said, “The greatest advantage the people of India have is a high rate of savings: about 34 per cent.”

It is savings that converts into investment, which leads to development. According to American economist Kenneth Kurihara, investment is to the economy what an accelerator is to the automobile. “Today, we are the second largest growing economy in the world, with an annual rate of 8 per cent,” said Kurian.

India also has a productive demographic advantage, with the average age being 25 years. In the West, the average age is 45 or 60. “We have a young and energetic group of people who have lots of aspirations,” said Kurian. It also helps that we have the largest number of engineers, doctors, nurses, and drivers.

“If the Malayali work force in the Middle East returns to India , there will be problems in those countries,” said Kurian. “The same will be the case in European hospitals, if all the Malayali nurses come back. Manpower is our greatest strength.”

We also have other advantages. The government debt is only 44 per cent of the Gross Domestic Product (GDP). In the USA, it is as high as 78 per cent, while in Italy it is a whopping 180 per cent.

Kurian asked a rhetorical question to the audience: has anybody ever come across a bank that has failed in the past three decades? The last one was the Pala Central Bank in the 1950s. “It is rare,” said Kurian. “We have strong institutions and safeguards in place.”

In 2008, when the sub-prime lending crisis hit the USA , there was very little impact in India . “There was a fall of 50 per cent of the share value in the market, but it bounced back within nine months,” said Kurian. “We are a resilient people. In America, 90 per cent of the people are in debt, but in India it is only 10 per cent.”

Nevertheless, there have been scams in the financial sector, including the big one by Harshad Mehta in the 1990s and Ketan Parekh in 2001. “As a result, the securities market has been completely revamped,” he said. “A National Stock Exchange has come up, apart from the National Securities Depository Ltd.”

On the social side, there have been changes. India was a feudal society. Then it became a socialist republic, and now it is more or less a market-driven economy.

“The licence raj has all but been abolished,” he said. “The welcome development is the public-private participation in all sectors of the Indian economy. One example: we have world class airports at Delhi, Mumbai, Bangalore, and Hyderabad.”

As for the political system, it has always been stable, from 1947 till Prime Minister Indira Gandhi’s assassination in 1984. “Now, despite coalition rule, we still have a well-functioning democracy, and a strong and effective judiciary,” said Kurian.

Having said many things in praise, Kurian admitted that one third of the population was below the poverty line. “This works out to about 300 million people, which is more than the population of the United States of America,” he said. “It has been a drag on the economy and on society.”

Another drawback has been the misuse and wasteful expenditure of public money. “This is more so in the public sector,” said Kurian. “At a national airline, there are allegedly 100 people to look after one passenger, while in other international airlines, it is only 10.”

However, the world thinks India is a country with a long-term growth. At this moment, the Foreign Institutional Investment in India is Rs 1.3 lakh crore ($28 billion).

“Today, India is the investment destination of the world,” said Kurian. “The pension funds of many countries in Europe have been invested in India. Believe me when I say that India will continue to grow non-stop till 2060. Youthful India is the big bull of the world.”