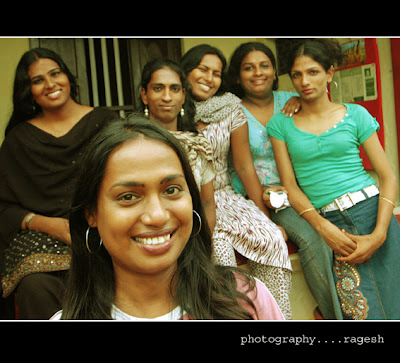 Photo: This is a representative picture of transgenders

It is a bit disconcerting to see Nawaz. He is wearing a green blouse and a cream-coloured Kerala saree with a gold border. His face is plastered white with make-up. And he is wearing a long-haired wig. However, his hands are hairy and muscular.

“When I was a child I liked the company of girls,” he says. “I would go with them to school and play games like hopscotch. My relatives would tease me and ask me why I was behaving so effeminately. Because of the taunts, I wanted to commit suicide many times. I had even placed a blade against my wrists. I felt so humiliated and cried many times at night.”

It was when he was 18 that Nawaz became a member of the Partnership for Sexual Help Project. “There I met others like me and no longer felt isolated,” he says. “I finally understood why I was behaving the way I did.”

But society treats transgenders with a lack of respect. Just the other day Nawaz was strolling in Subhash Park, at Kochi, which is a meeting-place of the community. Suddenly, a policeman swooped down and asked Nawaz what he was doing. “Before I could reply, he pulled at my bag,” says Nawaz. “I shouted back and he understood that I could not be bullied.”

However, ten minutes later, another policeman just put his hand inside Nawaz’s shirt pocket and took Rs 200. “Our body language gives us away all the time,” he says, with a sad smile.

Nawaz was talking at the 'Probodhini-11' seminar organised by Marvell Pehchan Project at Kochi recently. “It is a sensitisation programme for law students about the eunuch and transgender community,” says Marvell Project Officer Manu J. Krishnan.

Dilfaraz, the Advocacy Officer of the Bangalore-based Sangama, a sexual minority group, says, “According to a survey, the maximum number of homosexuals in India are in Kerala. Sexual activity usually takes place between young men and also with husbands.”

He pleaded with the audience -- boys and girls who are interns with the Human Rights Law Network -- to treat gays with respect. “If you know of any gays in your family, among relatives, and in the college, please don't neglect them. Do take them to the doctor when they are ill.”

Dilfaraz says that from the time they are children, gays and transgenders have a tough time. “Parents conduct pujas to cure the boy,” he says. “Please understand that they are born like this. We would be grateful if you can refer them to organisations like Sangama or Marvell. We are there to help them.”

What was astonishing to know was that in India transgenders have no property rights. “So a lot of them are unable to own anything,” he says.

Among the gays and transgenders present, there were feminine as well as muscular men, as well as a man who wore red lipstick and had hair growing all the way down his back.

Meanwhile, for the law students, it was an eye-opening experience. “Initially, it was a bit weird because Nawaz was wearing a shirt and trousers and then, suddenly, he changed into a saree,” says Radha Nair (name changed), an intern. “But it was clear to us that they are suffering a lot. It is difficult to live on the margins of society.”

For Seetha Bose, it was an unusual event. “I never knew there are so many sub-divisions among the sexual minority groups,” she says. “Society is unwilling to accept them, but I will always support them.”