Going back to our mathematical roots 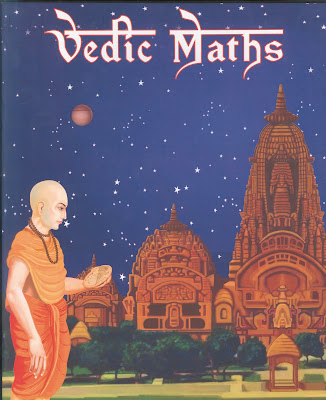 Premanand Keeriyat is propagating Vedic Maths, which can be used without pen and paper, and takes a fraction of the time of Western maths

When Premanand Keeriyat was sitting for his Common Admission Test in the 1990s, he found it difficult to crack it. He felt there was something wrong with Western mathematics. Thereafter, he came across German Jew Jakow Trachtenberg's method of speed maths. “But I was not completely happy with this system,” he says.

One day, he read an article in 'The New Indian Express' by the former Prime Minister Narasimha Rao. In it, he wrote that he had gone on a visit to Liverpool University and was astonished to discover that Indian maths was being taught there.

“In fact, the principal introduced me as a person who came from the land of Vedic maths,” wrote the prime minister. Thereafter, Rao described the wonder of Vedic maths, and mentioned the name of Swami Bharati Krishna Tirthaji, a scholar and the head of the Govardhan Math at Puri, Orissa.

Premanand began researching about Tirthaji. “Swamiji wrote 16 volumes on mathematics, but only one book is available to the world,” he says. “Many mathematicians from England and Germany stayed with him and learned Vedic techniques.”

So Premanand began learning the methods himself. “There are 13 sutras and 16 sub sutras,” he says. “A sutra is an oral formula. These sutras, when applied correctly, will enable the user to solve many types of maths problems mentally without using pen and paper, and in the fraction of the time it would take in Western mathematics.”

A desire arose in Premanand to pass this knowledge to students. “Once you learn the techniques, it is so easy,” he says. “Children will grow to love it.” So he has spent four years in making a multi-media kit of 9 DVDs, tackling multiplication, division, subtraction, addition, finding the square root, etc.

He inserts a CD into his Dell laptop. And soon we are in a forest where a river is flowing smoothly by, as a white-haired sage, with a top knot, is sitting below a tree and passing knowledge to a bright-eyed student. There are trees all around, and the chirping of birds can be heard. “I have made it completely interactive, so that children can enjoy, even as they are learning new techniques,” he says.

But Premanand is facing an uphill battle. “Since very few know about Vedic maths, they are unwilling to accept these innovative methods, which are thousands of years old,” he says. “Many school principals and teachers express interest, but, somehow, only a few have started teaching it.” But he is unfazed, because he is convinced about the greatness of the subject.

“I want to increase the numerical ability of the students,” he says. “Once they start using it, they will understand the beauty and power of Vedic maths. I am hoping one day the government will start using Vedic maths in our curriculum, research applications, and daily life.”

Meanwhile, notables of the past have endorsed it. Prime Minister Jawaharlal Nehru in his book, 'Discovery of India', wrote: 'The astonishing progress that the Indians had made in mathematics is now well known and it is recognised that the foundations of modern arithmetic and algebra were laid long ago in India. The ten Indian numerals, including the zero sign, liberated the human mind. They are common enough today and we take them for granted. But it took many centuries for them to travel from India, via Baghdad, to the western world.'