A plea for ramps everywhere 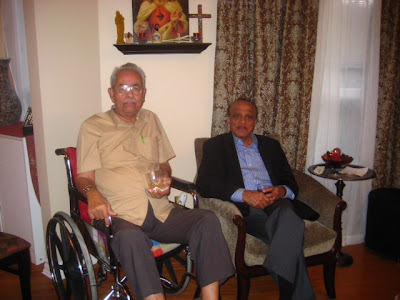 Suffering from muscular dystrophy, consumer activist P.J. Simon is waging a lone battle in Kochi for ramps to be put up in banks, churches, government buildings, railway stations, and bus stops

At his eighth-floor apartment, at Kaloor, the door has been left unlocked so that the visitor can have easy access. P.J. Simon suffers from muscular dystrophy, which is a degeneration of the muscles. So, he is unable to move about on his own. And this consumer activist is on a campaign to get facilities for people like him.

“Everywhere I go, in Kochi, or in Kerala, I experience so many obstacles,” he says. “In buses, it is difficult to get on or off. The way the drivers stop and suddenly leave, there is hardly any time for the disabled people.”

In the railway stations, accessibility to the platforms is difficult. “And in most of the stations, you expect the train to come on Platform No. 1,” he says. “Suddenly there will be an announcement that the train is arriving on Platform 2 or 3. We will have to take a staircase. That is very difficult for many elderly people and impossible for a person like me.”

Another problem is that the platform is not parallel to the bogie’s entrance. “Without help, it is impossible to travel on a train,” he says.

As for the plane, when Simon goes to the Cochin international airport, at Nedumbassery, on his periodic trips to Canada and the USA , where his son stays, he cannot stand for long, so he looks for a wheelchair.

“But the wheelchair supply is poor,” he says. “They will have a few and it will be used to transport many passengers. So you have to sit on a chair. But if I stay at one place for a long time, it is difficult for me to get up. I would then have to take the help of others.”

In order to get his election ID card, a photograph had to be taken, at the Elamkulam village office, opposite the Rajiv Gandhi indoor stadium. But this was done on the first floor. “I struggled to reach there,” he says. “Unfortunately, this sort of insensitivity is common among public servants.”

Going to banks is also difficult, because there are no ramps. The same is the case with ATM's. On July 9, a frustrated Simon sent an e-mail to Chanda Kochchar, the CEO and MD of ICICI Bank. After four days, he received a response from her office.

“I was told that the construction of ramps would be initiated and completed before August 31, at the Kaloor branch,” he says. To his surprise, on July 19, the cluster manager of ICICI, Binu Joseph, informed Simon that ramps and railings had already been put up. “Based on my feedback, they were looking into the possibility of constructing ramps at other branches, as well as ATM's,” he says.

Simon has sent a similar letter to the CEO and MD of Axis Bank, Shikha Sharma, which was also well-received. The bank is planning similar measures as taken by ICICI Bank.

On another day, he spoke to Sanjay Gopal, one of the partners of textile shop, Jayalakshmi Silks, about the lack of ramps. Gopal responded at once and a short ramp has been built at the back, leading from the car park.

However, one group which has not shown any sensitivity to the physically challenged is the Catholic church. “Whereever I go for Sunday Mass, it is so difficult to access any church,” he says.

Simon wrote a letter to one of the senior bishops. The bishop promised that whenever new churches are built ramps will be made. “I told him I am not worried about the new churches which will come up when I won't be around,” says Simon, 73. “But what about the existing churches where these facilities are not available and can be provided at a nominal cost?” Within the next decade, the geriatric population is set to increase manifold in the state.

When Simon went to Canada and the USA , he experienced no problems at all. “Everywhere, there is easy access,” he says. “Ramps and facilities are a must in all buildings and car parks. Without them, nobody gets the license.”

Says Javed Abidi, Executive Director of the National Centre for Promotion of Employment for Disabled People: “70 million disabled people in India cannot step out of their homes because of an inaccessible physical infrastructure and transport system, thus reducing them to an 'invisible minority.' They are dependent on their families for sustenance and are a burden on society. Accessible infrastructure will enable disabled people to get education, employment, and dignity.”